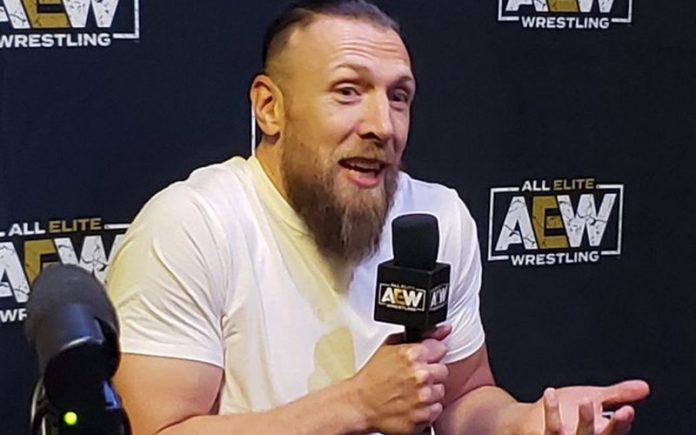 Bryan Danielson recently appeared on WEEI’s Gresh & Keefe with Andy Gresh and Rich Keefe, and discussed his in-ring style, plus why he has to work fewer matches in AEW.

When Danielson made his WWE comeback a few years back, he had to take multiple concussion tests, and then be tested after his matches to make sure it was safe to continue. He talked to Gresh & Keefe about the benefit of working in AEW, and how hard he goes no matter the size of the crowd.

“I’m a little more judicious, but realistically, the big thing that has changed, and this is just kind of a choice when I re-signed my last WWE contract, and then when I came to AEW too, one of the benefits of AEW is that I need to be doing less matches because I like to go hard,” Danielson said. “If you tell me, ‘Hey, go a little bit lighter today when you’re wrestling.’ It’s easy to say, but in practice, it doesn’t work like that.

“I don’t care if there’s 20,000 people out there, like there were at Arthur Ashe Stadium, and I don’t care if there’s 85 people out there, which I’ve wrestled in front of many crowds under 100 people. Those people all still pay their money to come see the show, and you want to give them a great show. It’s hard for somebody like me to pull back, and so really, it’s about doing less number of matches per year, and focusing on the quality of each of those matches and making sure that I give the live crowd every time I go out there something that they’re happy that they paid their money to see.”

Danielson is making his AEW Dark debut on tonight’s show, against Aaron Solo. The match will air on YouTube.