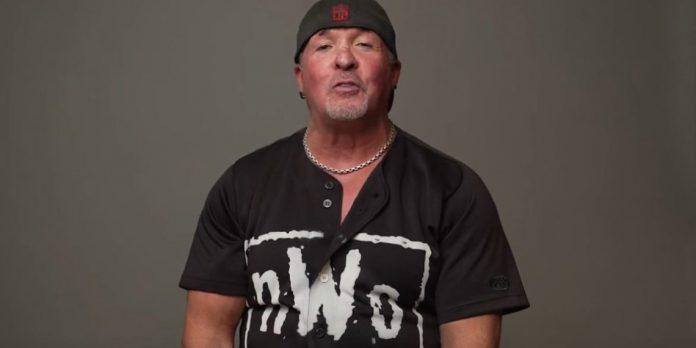 Former WCW star Buff Bagwell has been a popular subject on social media since it was exposed earlier that he was not the one running his official Twitter account, and that there are some difficulties with missing merchandise. Recently, Bagwell released a new video to address the controversy.

Due to some of the tweets his account was sending out, Bagwell has been growing a younger fan base in recent months that was primarily composed of young people. The tweets included comments about any pro wrestler or wrestling event that would be popular at the moment, as well as a lot of tweets that were culturally and politically relevant in some way. Bagwell was gaining new fans while also gaining the respect of those who had previously been critical of him. But after considerable speculation, it became clear that Michael “Fluff” Long, Bagwell’s manager, was in charge of the account.

When fans revealed how they had paid for stuff but never received it, the matter really heated up during the past week. Since then, Bagwell and his previous management have split. People have reported that the man blocked them, and his @MLongComedy Twitter account has since been disabled. Based on conversations surrounding the purchases, it was claimed that the “Michael Long” person was actually a man called Javan Miller who is listed on the Ohio Sex Offender Registry.

The man wrote on the Bagwell Discord server and Facebook page, “Appreciate everyone’s support of Buff these last few months. I was running Buffs Twitter and other social media since last year, we have gone our separate ways due to a variety of reasons. I will not say anything bad about Marc and have no problem being the fall guy for whatever issues there are with merchandise. Enjoyed getting to know you all, though I was posting for Buff it was my beliefs and opinions being tweeted.”

A few days ago, Bagwell addressed the circumstance in a string of tweets, admitting that he had broken off his relationship with the man. Buff wrote, “I have informed Michael that our business relationship is over, and that he needs to get people what they are owed. I will continue on him to do so. For now on the only merch available is through my PWT store, marcusbuffbagwell.com or in person at conventions. That way there is accountability and everything is personally handled by me. When I said I was blocking anyone not involved in the situation who comments, I meant anyone. I guess the thing that blows my mind the most is I know he has the stuff, I personally signed every top hat and got half the bracelets. I’m not sure where or why it went wrong.”

Regarding the merchandising problems, one fan said that he paid $250 for a customized WCW Tag Team Title belt on May 1 but that he still hasn’t received it. He also claimed that when he started requesting a refund, he was met with “radio silence.”

Bagwell replied to that fan by writing, “I made the mistake of trusting the wrong person to do my merchandise. I take 100% blame for that. I have not seen a dime for anything ordered, and was told by Michael that refunds would be going out. I haven’t spoken to him since Thursday night, I thought it was taken care of”

The fan then wrote back that he sends texts directly to Bagwell, but still gets no response.

Bagwell wrote back, “I get hundreds of text a day, I try to get to all of them, but with life that goes on it’s hard. I make sure to answer your calls whenever I am around my phone”

The fan responded, “Will this actually be resolved? Cause I keep getting the same thing. Going on 2 months of my money being played with”

Bagwell replied, “Yes it will be resolved one way or another”

Another fan wrote that they still have not received a bracelet they paid for. Bagwell responded, “I have some bracelets that were given to me, I’m going to work on a way to get what I have to people”

This evening, Bagwell released a new video message in response to the problems, which you can view below. It truly is “change or die” for him, he said, adding that he has been filming the “Change or Die” docuseries with WWE Hall of Famer Diamond Dallas Page. Bagwell thanked everyone for their support but acknowledged that there is still work to be done. Nevertheless, he pledged to persevere until that time.

Bagwell started by talking about the merchandise problems. He said he only recently learned about the unreceived merchandise, and it’s sad that Long made a mistake and many customers weren’t able to get the merchandise they requested. Bagwell expressed his sincere regret and claimed he didn’t make any money off of the goods. Additionally, he emphasized Long’s previously disclosed criminal history and how he is listed on the Ohio Sex Offender Registry, stating that he does not condone this at all and that Long must deal with this matter on his own. Bagwell emphasized that he does not support what Long was found guilty of and said that he was unaware of Long’s criminal history when he hired him. He stated that he would not repeat the error in the future and added that Long was now dealing with his own issues.

Bagwell also addressed the discussion over his lack of social media activity. He expressed his great frustration at this and made an attempt to explain that he has a “team” that manages his social media, but the message didn’t come off well.  Bagwell stated that he loves interacting with his fans on social media and that going forward, he will be much more active on those platforms.

Several of Bagwell’s most recent tweets that have helped him gain new followers have been about LGBT individuals. In this new video, Bagwell responds to inquiries about his support for the LGBT community in light of the revelation that someone else has been managing his accounts. Bagwell stated he supports anybody who is happy in life and that “Buff Is For Everyone” as it says on the t-shirt he sold, though this message also didn’t come over very clearly. He continued by saying that he supports anyone who has self-confidence.

Bagwell said as his video came to a close, “The last thing I want to say today is… I really hope everybody really listens to this and really looks through their camera into my eyes and can see and really feel my heart of where I’m at with this because this means so much to me, of what’s gone on through the good and the bad stuff, and I just hate that, you know, from the merchandise, to you know, Michael having his problems, to the whole thing… I hate that all of this happened. I will look forward from now on to making this, being a part of this much more, and making sure this kind of stuff will not happen again, and the main thing is, to know that you’re talking to Marcus Alexander Bagwell today, and I want you to know Marcus Alexander Bagwell stands by his name, his word, and he just wants to say that I love you guys and I’m sorry for anything that’s happened to anybody out there that I’ve hurt, and I hope that everybody out there still supports me, still loves me, and just remembers that I’m still Buff Bagwell.”

No information has been released about Bagwell’s upcoming plans or how this would affect his current run on the independent scene, but we’ll keep you informed. Stay tuned to PWMania.com for more.

Ric Flair Not Finished with Wrestling?, Hints at “Something Big Again” 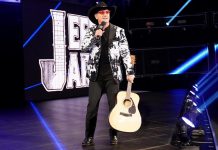 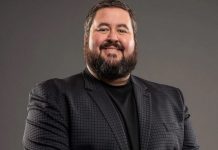