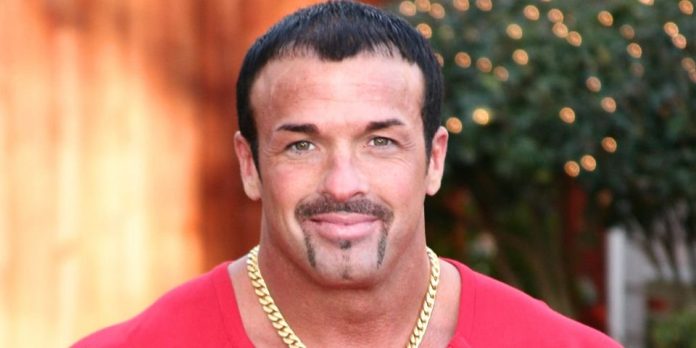 We noted back back in May how Bagwell was arrested where he lives in Cobb County, Georgia after leaving the scene of an accident he was involved in. He was facing numerous charges, on top of charges he was facing from an August 2020 accident that he had an arrest warrant out for at the time of the May incident. In an update on the criminal and traffic cases against Bagwell, Cobb County court records show that he is scheduled to face multiple charges for the August 2020 incident and the May 2021 incident on Thursday, November 18 at 9am. Bagwell is scheduled to appear in front of Judge Carl W. Bowers for a jury trial.

In more news on Bagwell, the veteran pro wrestler recently launched his “Rebuilding Buff” podcast with co-host Michael Long. Buff’s new “Stars & Stripes” episode included a discussion where he said WWE has denied his request for rehab after he reached out for help.

Bagwell indicated that he had help from WWE Hall of Famer Diamond Dallas Page in making the request, and that Page was shocked over WWE denying him. Bagwell also expressed interest in getting better so that he can potentially get work with AEW.

“You ready for this one? WWF [WWE] turned me down on going to rehab,” Bagwell said. “I want to put that in your head and let you run with that, and just think about Scott Hall going 4 and 5 times, that crazy, crazy, crazy ass girl, that Dustin Rhodes was married to, that went 5 and 6 times. Not to mention Road Dogg… you kidding me? You think he went once? They went every time they could, I ask once and they deny me. They deny me, bro. Here I am trying to get better, I’ve come to them, on what they want me to do, which is get better, and it’s not like I’m off the chain.

“I mean, I’m in shape, you can tell by my body. I’m in shape, I’m at the gym every day. I feel great and all that but still, you know, I could use something like that to get my life completely straight up, and a company like AEW could take me for real, you know? And that’s where Dallas is really behind this thing, is more like, look, he goes, ‘You’re a great guy, it’s just nobody thinks nothing’s wrong with you because you look great, you sound great, but you don’t act like it, you need help. You need help.’ And I said, ‘I agree, I agreed with you, I’m with you.’ But what do you do when the WWF, out of all of those drug addicts I just talked about, from Jake Roberts to Scott Hall, down the list. If they get mad about me saying they’re drug addicts, then they’re just idiots because we all were drug addicts, and if they’re willing to say that, then so be it. They can be proud enough to say that if they want to, but it’s not the truth. The truth is, they turned me down.”

Bagwell’s co-host pointed to how “Road Dogg” Brian James took shots at WWE every chance he could, but the company was still there for him.

Bagwell’s host recalled how he’s worked on a podcast with Justin Credible in the past, and had to call a WWE employee who handles rehab for former talents, to get Credible set back up in rehab after finishing stints in jail. Bagwell’s host couldn’t recall the name of the man, but Bagwell chimed in and named Bob Killar of the New York State Office of Alcoholism and Substance Abuse Services, a WWE consultant and addiction specalist who was/is one of the people running WWE’s rehab program for former talent. Bagwell’s co-host noted how WWE always helped Credible, no matter how many times he no-showed rehab. Bagwell continued and talked about how rehab would at least “get the doctors off” him, adding that “the chase” is tiresome and absolutely horrible.

“I want you to take this part of what I’ve told you and put it in your brain that is so smart, and I want you to play with this for a while, and think about it because it’s really unbelievable,” Bagwell continued. “A guy that came from WCW as one of the top talent guys, that did nothing wrong except didn’t do what they said was… they read the computer and believed it, and still would not give me the benefit of the doubt of, ‘Look, here I am, I’m willing to go in and make sure that everything’s fine,’ And if nothing else, man just to get the doctors off me. Just the chase, it’s tiresome, it’s horrible. It’s absolutely horrible, the chase. And they came back with, no. Dallas Page called me up and goes… because keep in mind, first he was like, ‘Hey bro, yo bro this and bro that, and bro this, and bro that,’ And all of a sudden he went, ‘I can’t believe they turned you down. I can’t believe it.’ They, hey… first time ever asking!”

Bagwell continued and recalled how he wrestled WWE Hall of Famer Booker T, who was then the WCW World Heavyweight Champion, at the July 2, 2001 RAW from Tacoma, Washington. That main event ended in a No Contest. Bagwell also wrestled Booker on the July 1 WWE live event from Spokane, and these were his only WWE appearances.

“I wrestled Booker T in the first match of The Invasion, with 25 stitches in my head,” Bagwell recalled.”They had to get a Sharpie and Sharpie in where they shaved my head before I did the match. So I’ve got 25 or 30, I can’t remember what it was, 25 or 30 staples in my head, and they lay out this thing where they’re going to beat Booker up, me join in, and then throw us both out the back, and we knew right there it was over, it’s just the fans didn’t.

“We knew right there that, wait a minute, why wouldn’t we wait until one week and put Booker T and Buff Bagwell as the main event in Atlanta, Georgia, and they didn’t wait, they shoved it down their throats in Tacoma, to make us look like trash, and it worked, and it worked. It made us look like we were the bad guys, and ‘Hey, we gave those guys a shot, hey it didn’t work out.’ So be it, it didn’t work out.”

There is no word on exactly when Bagwell asked for rehab, or if he used DDP to make the request, but we will keep you updated. It seems like this was a fairly recent request, according to Bagwell’s comments and posts on social media.

Stay tuned for more on Bagwell. You can see the clip of Bagwell talking rehab and WWE below: