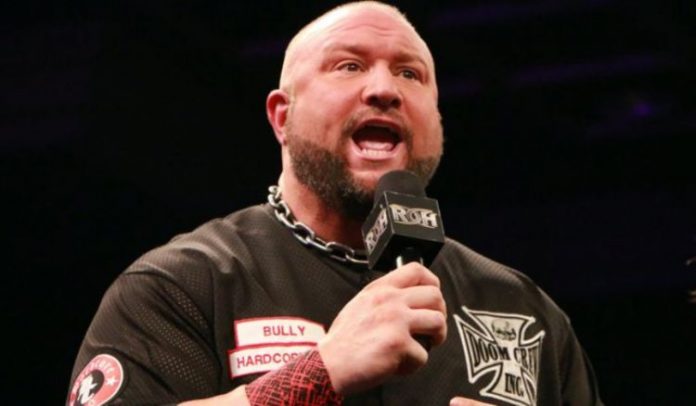 During the discussion, the WWE Hall of Fame legend spoke about his relationship with Billy Corgan, the freedom today’s NWA and how it reminds him of his days in ECW, as well as talking to NWA about Kamille and KiLynn King.

On his relationship with Billy Corgan: “I’ve actually been friendly with Billy since the day he stepped foot in TNA/IMPACT Wrestling and just showed up to watch, and he was getting involved in some way, shape or form. Me and Billy just hit it off. We would always talk about wrestling and rock and roll. The conversation just flowed, and we’ve stayed in touch over the years in one way, shape or form. I always liked and appreciated what Billy was doing with the NWA. I like the fact that he was able to purchase it out of basically obscurity and breathe life back into it. Billy definitely had a passion for the professional wrestling industry, but probably the same time of passion he has for music, and we all know how successful Billy is with the Smashing Pumpkins.”

On the freedom of today’s NWA and how it reminds him of ECW in its heyday: “So I remember getting in touch with Billy because I like what the NWA does. I like the fact that the NWA allows their talent to talented, to go out there and do what they do, to go out there and tell the stories the way they see fit, to allow talent to go out there without a script and basically just speak from the heart off the top of their head and go have the matches that they think the NWA fan wants to see. So I appreciate that type of freedom in wrestling company. Obviously coming up in a company like ECW, where there was the most freedom you could possibly ever want in a wrestling company, when I saw the NWA, I saw the comparisons, I saw the likenesses. I said at this stage of the game where I don’t have to do anything I don’t wanna do because I love what I do on Busted Open and being able to cover pro wrestling as much as I do on our show, I said, ‘Hm, I think I’d like to do something there.”

On talking to Corgan about Kamille and KiLynn King and how he wanted a main event spot: “We have talked for years about what that thing was that I was gonna do. Who do I work with? Who do I tell my stories with? Who do I fight? Whatever it was. Then I realized that there was gonna be a match at their Knoxville pay-per-view, and it was gonna be KiLynn King, the challenger, versus the NWA Women’s World Champion, who is Kamille. KiLynn King and Kamille both personally by me at the Team 3D Academy, so I have a hand in both of these women’s career. So I called Billy, I called him and I said , ‘Listen, we’ve been looking for this thing to do. What’s this main-event match I could be in? What’s this main-event storyline I could be in? How about I just come in and commentate for this match? I said the story’s there. I trained these women. I’d love to be able to be on commentary to help tell these women’s story, maybe help to get them over a little bit. Not that that can’t get themselves over in their work in the ring, which they did. I thought Kamille and KiLynn King stole the show that night, but let’s just give them a little bit of a boost. Billy loved the idea. [I] came in, did commentary, and that’s how that happened.”

Check out the complete interview at YouTube.com. H/T to Fightful for transcribing the above quotes.