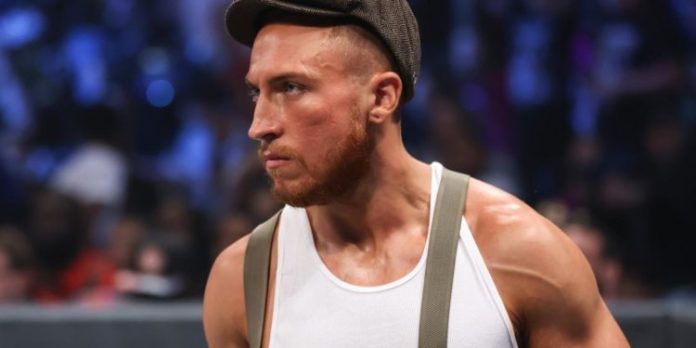 During the discussion, the Superstar formerly known as “The Bruiserweight” Pete Dunne reflects on his old character, the transition to his new character Butch and how he draws inspiration from William Regal and Bryan Danielson as he settles in to the persona.

Featured below are some of the highlights from the interview where he touches on these topics, as well as his thoughts on working alongside Sheamus and Ridge Holland on WWE Friday Night SmackDown.

On taking inspiration from William Regal and Bryan Danielson for his current run as Butch on WWE Friday Night SmackDown: “My biggest inspirations in wrestling are people like [William] Regal – some of his best work was the straightlaced stuff later in his career, right? But earlier in his run he was the commissioner doing all sorts of funny stuff. People like Daniel Bryan [Bryan Danielson], when he was here – part of what got him where he was, was the stuff with Kane. Everyone has variety, you can’t just be one thing forever and I’ve been with the company for six years.”

On how switching up his persona from “The Bruiserweight” Pete Dunne to Butch alongside Sheamus and Ridge Holland has been refreshing: “It’s refreshing for me personally, to be able to focus on something else and have a different approach to it. And sort of broaden my horizons with wrestling because it’s been so long.”

On fans being passionate about wanting Pete Dunne back but being confident in his ability to win those same people over as Butch: “It will never be forgotten but people appreciate the Pete Dunne Bruiserweight stuff, and they will also appreciate the work that’s gonna be done under Butch. I’m just looking at it as an amazing opportunity, and just embracing and having fun with it. Working with Sheamus and Ridge is great too, so I’m excited to see what the future holds.”

Check out the complete interview at Metro.co.uk.