MMA and pro wrestling star Cain Velasquez has asked to work AAA’s next event in the United States.

Velasquez is currently being held on $1 million bail after being released on November 8 on a variety of charges stemming from a February incident in which he allegedly chased a man and his family and fired a gun into their truck. The truck’s driver was the man accused of sexually assaulting his child and the child of a relative. On Monday, Velasquez and his attorneys appeared in a Santa Clara County, California courtroom for an arraignment, where they also requested permission from Judge Nishigaya to wrestle for AAA in Tempe, Arizona on Saturday, December 3.

Aaron French, the lead prosecutor in the Velasquez case, was unable to attend Monday’s hearing, but a representative objected and asked that the decision be rescheduled for another month. The Velasquez lawyers objected because the event would be over by then. Judge Nishigaya forwarded the request to Judge Bocanegra, who is more familiar with the case, and a decision is expected later today.

Judge Bocanegra indicated that he will permit Velasquez to fly to Arizona for the AAA show. The prosecution stated that the Goularte family, whom Velasquez allegedly fired a gun at, are staying in a hotel out of fear of Velasquez, and that his temporary release from home confinement would exacerbate that fear.

Due to his bail conditions, Velasquez is currently subject to a number of restrictions, including travel restrictions, GPS monitoring, and outpatient treatment at Windmill Wellness Ranch, among others.

According to ESPN’s Marc Raimondi, Velasquez’s team has been in talks with AAA about possibly working the show since last week.

Velasquez, 40, has pleaded not guilty to one count of attempted murder, one count of shooting at a moving vehicle, three counts of assault with a firearm, three counts of assault with a deadly weapon, willfully discharging a firearm from a vehicle, and carrying a loaded firearm with intent to commit a felony. His trial is scheduled to begin in early to mid-2023, with the next hearing scheduled for December 20, where he is expected to identify trial counsel. Cain faces up to life in prison if convicted.

The former UFC Heavyweight Champion made his pro wrestling debut in August 2019 at AAA Triplemania XXVII, teaming with Cody Rhodes and Psycho Clown to defeat Karrion Kross, Black Taurus, and El Texano Jr. In September 2019, he worked the AAA Invading NY show, teaming up with Psycho Clown and Brian Cage to defeat Texano, Taurus, and Rey Escorpion. Cain made his WWE debut at Crown Jewel 2019, where he was defeated by then-WWE Champion Brock Lesnar. On November 30, 2019, he returned to the ring for WWE at a WWE live event in Mexico, teaming with Humberto to defeat Luke Gallows and Karl Anderson. Cain’s last pro wrestling match was on December 4, 2021, at AAA Triplemania Regia II, where he teamed with Psycho Clown and Pagano to defeat Taurus, Escorpion, and L.A. Park. He was arrested just over two months later. 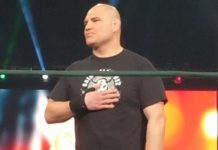 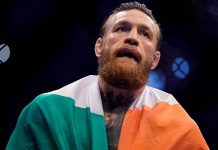 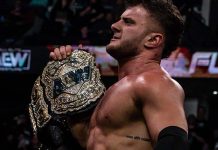 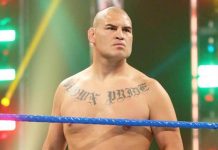 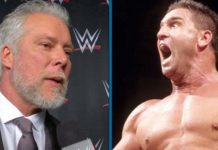