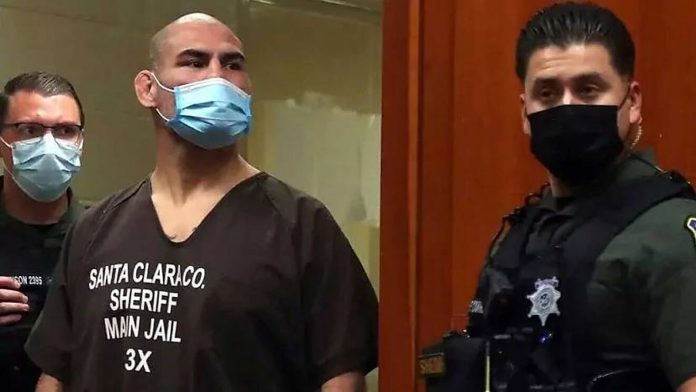 Former UFC/WWE star Cain Velasquez pleaded not guilty to the attempted murder allegation and other charges on Friday.

His suspected involvement in a shooting in late February is the subject of 10 charges. In addition to other offenses, he is accused of shooting an occupied car and committing multiple counts of assault with a deadly weapon. He may spend a long time in prison if found guilty.

Court records acquired by MMA Fighting show that the pre-trial hearing has been scheduled for September 26. Bail has repeatedly been rejected for Velasquez.

After Harry Goularte was released from jail on supervised release despite being charged with abusing Velasquez’s kid, Cain allegedly followed him. Goularte was charged with one felony count of lewd and lascivious act.

According to reports, the former UFC Heavyweight Champion fired shots at the car Goularte, his mother, and stepfather were riding in, striking Goularte’s stepfather in the process. A 40-caliber semi-automatic weapon with two to ten bullet magazines that had eight total bullets missing was later discovered by police in Cain’s truck.