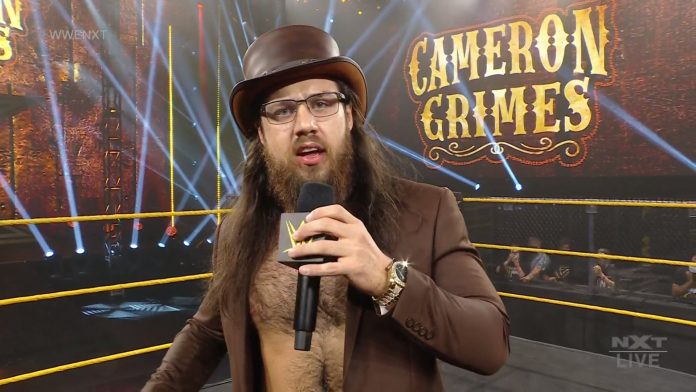 Cameron Grimes is reportedly set for a makeover on the WWE NXT 2.0 brand. This week’s NXT 2.0 episode featured a backstage segment with Grayson Waller and Grimes, where Grimes asked Waller how he easily landed a date with a random woman backstage. Waller suggested he clean up his look, shave his chest, and fix his appearance. Waller also introduced Grimes to the world of dating apps. This came after Grimes tried to walk two woman the week before as he prepared for the singles loss to Pete Dunne.

In an update, Grimes is reportedly getting a makeover in the coming weeks on NXT TV, according to WrestlingNews. There is no word on what the makeover will lead to. It was noted that Grimes was not moved up to RAW or SmackDown after being rumored for a call-up because WWE Chairman & CEO Vince McMahon wanted to make changes to the “presentation of his character.”

got any dating app advice for @CGrimesWWE? 💚 #swiperight

.@CGrimesWWE has joined the world of online dating.

WWE’s Creative Team Seeking A New Writer For The NXT 2.0...