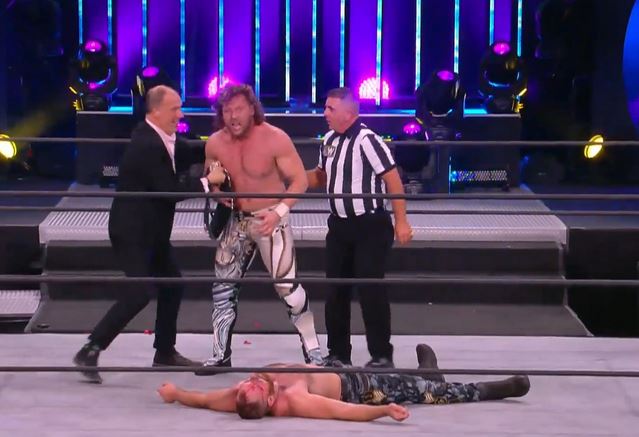 Last week, I penned an article about Sting’s arrival in AEW and how it was an example of a truly special moment in wrestling history, which is a key aspect of the company establishing itself as something more than just an upstart project. On the same show, Kenny Omega, who made a major name for himself in the years prior to the launch of the promotion through his stellar work in New Japan, challenged Jon Moxley, the former WWE star that rejuvenated his career outside of the corporate wrestling group, for the AEW championship. With Chris Jericho as the first champion and Moxley winning the belt from him, it’s safe to say that the first non-WWE star to capture the AEW gold had to be someone that could represent the progress the group has tried to make within the wrestling industry. In many ways, the WWE is status quo in sports entertainment and they have such a dominate share of the market that a level of complacency is often seen with the product.

So, when Kenny Omega pinned Jon Moxley to claim the championship, it wasn’t necessarily a surprise that he would be the first non-WWE star to win the belt, specifically because he was one of the main pieces of the puzzle during the formation of the new wrestling league and it provided him the chance to take the momentum that he built in Japan to an American platform through the TNT network. However, the way he won the title was surprising and the subject of debate since the broadcast went off the air.

Don Callis, one of the most underrated talents in the history of the business, was more or less away from the industry for over 15 years before a podcast with his longtime friend, Lance Storm brought him back to business a few years ago. Callis was trained and managed by Kenny Omega’s real-life uncle, The Golden Sheik in Canada during the early stages of his career. Being a fellow Canadian, he was also friends with Chris Jericho, and when Y2J took a break from WWE, Callis, who had a spot as the English commentator for New Japan at the time, pitched the idea for the now-famous, “Alpha vs. Omega” bout that took place at the Tokyo Dome in 2018. In retrospect and depending on how far AEW goes as a form of competition in the United States, that Jericho/Omega match might end up being one of the most important bouts in professional wrestling history. That New Japan experience is ultimately what led to Jericho considering offers outside of the WWE and eventually signing with AEW.

As was the case at the Full Gear pay-per-view, Callis was on commentary for Omega’s match, an aspect that on the surface just added an extra emphasis on the bout since it was for the number one contender so it wasn’t odd that he was also on commentary last week for the AEW championship match because again, it added a level of importance to the contest. An executive from another organization was there so it had the “wrestling world is watching” type of atmosphere. The finish of the match saw Callis get involved and get a mic to Omega, who smashed Moxley with it before he landed a few moves to win the belt. Omega and Callis celebrated and left through the backstage area before they got in a car to leave the arena. Callis mentioned that Omega would address the situation on Impact Tuesday night.


As the angle unfolded, it appears that this was an Omega heel turn, but it was done in such a way that there wasn’t some sudden moment that cemented the heel turn. Perhaps, the moves afterwards made the segment drag a little too long because it wasn’t as if the mic shot was the direct path to victory, but rather the series of moves afterwards. Still, a heel Omega aligned with Callis is undoubtedly a way to cement the status of “The Best Bout Machine” as a main event star in the United States. Since there were lofty expectations for Omega from the inception of AEW and then he spent most of the past year in the tag division, he definitely needed this spark to start a new chapter in his career.

This tuesday @KennyOmegamanX and I will shock the world again on @IMPACTWRESTLING #IMPACTonAXSTV pic.twitter.com/7CxebyFr0A


As I mentioned earlier, I think Don Callis is a tremendous talent and I’m all for him being used on network television because he’s such a solid performer. That said, the fact that Omega is scheduled for a promo on Impact tomorrow night has yielded mixed reviews from the audience so far. I will say that you have to give Callis and Scott D’Amore credit for somehow accomplishing what they have with Impact Wrestling because despite the regime change, it will always have the stain of the Dixie Carter era on it. With the formation of All Elite, the professional wrestling landscape became much more crowded, especially because there was a lot of competition for talent. AEW had to find themselves a roster capable of national television, while Impact, ROH, and even MLW tried to sign performers to contracts as well. Plus, until the pandemic gave them a reason to cut performers to protect the stock price, the WWE signed many competitors to lucrative contracts just to keep them away from other promotions. Somehow, Callis and D’Amore have kept Impact Wrestling afloat under the Anthem banner.

It remains to be seen if this association between AEW and Impact is a one-off or if there’s some type of working agreement in place. I have to be honest, I don’t see any benefit for AEW to be involved with Impact Wrestling. That’s not a jab at Impact, as the company has some talented athletes on the roster, but the harsh reality is that Impact is so under the radar in terms of viewership and perception that there’s just not an upside for All Elite. Reportedly, Impact on AXS averages roughly 160,000 viewers a week, but how many of those viewers don’t watch Dynamite already? Is anyone really going to discover AEW based on a working agreement with Impact?

If anything, there’s almost a possible downside for All Elite because a working agreement could make it seem like they are involved with one of the minor league organizations. How much value does the Impact brand truly have in 2020? Is it really a beneficial to have the new AEW champion on a show that most fans don’t watch? While there are a few on the Impact roster that would have a crossover following, what star power does the company really have to offer? I’m guessing there will be some type of angle on Tuesday to set up for something that will transition to Dynamite, but outside of a specific storyline, there’s really no reason for a full-fledged working agreement. The bottom line is, if AEW wants to use someone of the Impact roster, they could just as easily wait for their current contract to expire and offer them an All Elite deal. Don’t get me wrong, Anderson and Gallows, The Motor City Machine Guns, and maybe a few others could do well in AEW, but the promotion already has a full roster so there’s not realistically too many spots for Impact talent.

I’m sure this might sound too pessimistic to some readers, but AEW just generated a lot of buzz around the company with the appearance of Sting, and that momentum could be used to spotlight some of the younger stars on the roster. I just don’t see how an association with Impact brings anything major to the table for AEW. The rumor mill online suggested that Callis’ contract with Impact might expire soon so if this angle eventually leads to Callis as Omega’s full-time manager, it would be a great pairing for Dynamite. Some have pointed to the NWA Women’s title belt being defending on AEW shows, but I think the focus of that was more on Thunder Rosa as a wrestler than the actual NWA promotion. Regardless, it will be interesting to see if there’s an angle for the Omega promo on Tuesday and if nothing else, it’s a very unique situation for the industry. 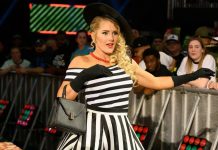 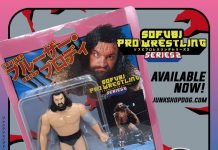