Curtis Axel wants in. Not only to NXT, but into the consciousness of wrestling fans everywhere. He’s one of the many forgotten talented workers on the main roster. Like Tyson Kidd before him, can NXT can be the place where he finally taps into the potential that’s hidden deep within him?

When Curtis Axel redebuted as Paul Heyman’s reclamation project, his upside was limitless. Gone was the name that turned into a running gag which I wont even type, and in it’s place was one honoring his Hall of Fame Father and Grandfather. Axel could focus on doing what he did best, while Heyman did ALL of the talking.

Naturally, WWE figured Axel would get over simply due to his association with Heyman, and his cool new theme music. That partnership was proven to be as fruitful as Phil Jackson’s Triangle Offense on the 2015 New York Knicks. While Heyman was an electric performer square at another peak in his legendary run, it just wreaked of “We’ve got to find a way to keep Heyman on TV because Brock isn’t showing up for another 3 Months.” Axel on the other hand got plenty of run as the Intercontinental Champion, and some high profile matchups against Triple H, John Cena and CM Punk. It was joked that his finishing move was “The Countout.” However, fans collectively were looking around at each other baffled at his placement, and laughing at his entrance where he simulated ripping off a shirt and yelling.

Upon his dissolution with Heyman, he formed a partnership with The Big Guy Ryback. While turning them face off of Heyman would have been the more logical idea, they remained a heel team determined to stick it to Heyman for deserting them.

Then they lost, and lost, and lost sooooo many matches on top of having one of the most terrible tag team names ever, Rybaxel. Eventually, it occurred to WWE that fans no longer wanted to boo Ryback, and brought him back as a face after an injury.

Suddenly, Curtis Axel was once again, a man without a country, when he randomly appeared in William Regal’s office in NXT demanding to be let in due to the attention that NXT is getting. In NXT, Axel can come in and immediately begin shining. This is a man who once again, like Tyson Kidd before, came to NXT with the reputation of having all the talent in the world, but severely lacking in the charisma department.

Unfortunately, Axel doesn’t have an in-road to Total Divas where millions of fans, and non-fans could be exposed to him like Tyson, but what he does have is something to prove. Something to prove to himself, his family, and people who read websites like these.

Admittedly, Axel has never oozed star power, but with his experience on PPV and TV for the last few years he can apply those techniques to a smaller stage, impress the powers that be in NXT, and teach the next generation of stars what WWE is all about. 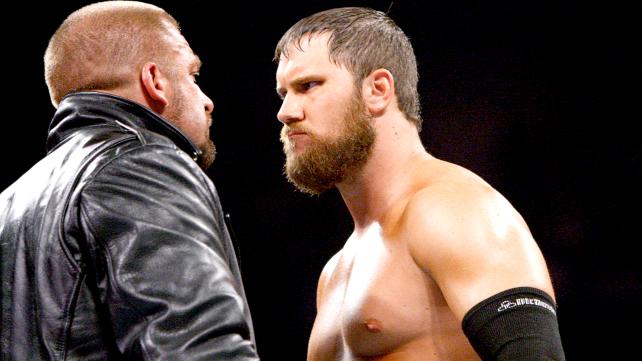 Conversely, it can be argued that the long-term damage is already done. At 35, Axel probably can’t depend on too many more chances to catch fire, or connect with fans. In NXT, they can actually let him win some matches cleanly to establish himself. When he first appeared on the main roster, they seemed to want to make him a top guy, but never wanted him to win outright. They say wins and losses don’t matter, and sometimes that’s true. Look at Daniel Bryan or Stone Cold Steve Austin, who made their names in defeat, but in doing so they proved to be exceptions to the rule.

Subsequently, Axel does something that fans of NXT love. He can wrestle. However, he cannot just show up and rest on his laurels since he’s a main roster guy. We’re all going to be rooting for him to succeed, whether he’s being called back up in a prominent role on Raw or Smackdown, or being a top-flight heel in NXT. With the WWE Network’s exposure, NXT may be just what Curtis Axel needs to find what works best for him.