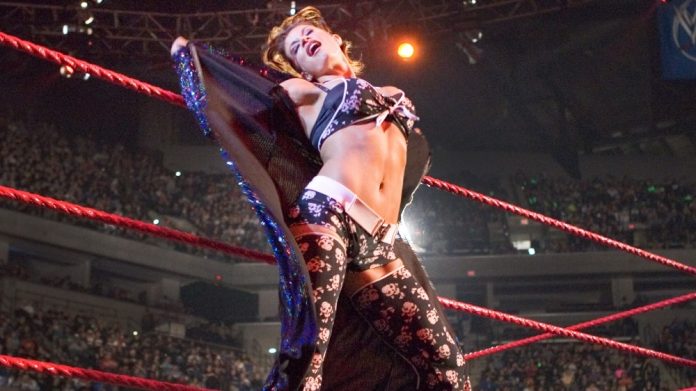 Many of WWE’s greatest Superstars are returning for Raw Reunion this Monday at 8/7 C on USA Network, including Candice Michelle and Jillian Hall.

Michelle, a one-time WWE Women’s Champion, and Hall, a one-time Divas Champion, both announced Thursday on Instagram that they will be at Raw Reunion.

I’m so excited to be apart of this Monday’s @wwe Raw Reunion! The coming together of many great superstars to celebrate the things we all have in common. A love for wrestling, entertaining, and a brotherhood ( sisterhood)that has no boundaries! 💪🏽

The above graphic comes from the front page of WWE Shop, which is promoting T-shirts of some of the legends that will appear at Raw Reunion. In addition to Michelle and Hall, the graphic reveals more names that have yet to be nnounced by WWE in commercials promoting the show. They are:

In the case of Alicia Fox, she’s still a member of the WWE roster, but hasn’t appeared on television since April. After taking a sabbatical from WWE in February, she worked two matches in April, including one against Becky Lynch on Raw.

WWE has been hyping the show with various commercials centered around “Stone Cold” Steve Austin, Hulk Hogan and Ric Flair. Those shown in the commercials are as follows: