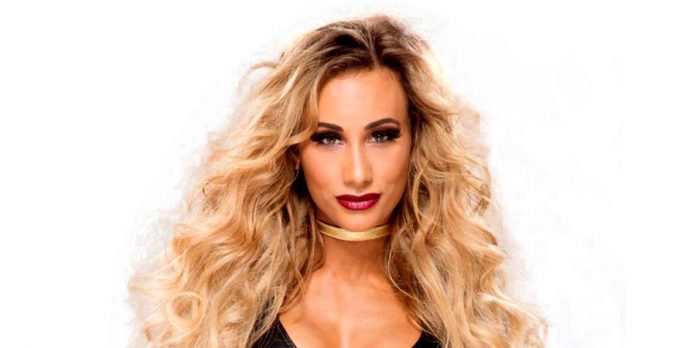 Carmella recently did an interview with commercialappeal.com. Here are the highlights.

On her friendship with R-Truth and getting the title back: “Truth is such a close friend of mine and friends always have each other’s backs, so whatever we got to do, whatever it takes.”

On the 24/7 Championship: “I love the unpredictability of it and it’s so much fun and so silly. I feel like I can show a different side of my character and Truth is just incredible … It’s been so much fun and something that sort of took off. We’ve been doing all of these random, hilarious, fast-paced segments out on golf courses and things like that.”

On a possible second run with the SmackDown! Live Women’s Championship: “It would mean everything to me … I feel like I had a good championship run, but I feel like I could be able to do it again in a different way. I was always cheating, and I was playing the bad guy before.”

On the progress of the women’s evolution: “It’s nothing we have to make a big announcement about. It’s just become normal and that to me means more than anything, more than having these first-ever matches is the fact that it’s just equal now.”