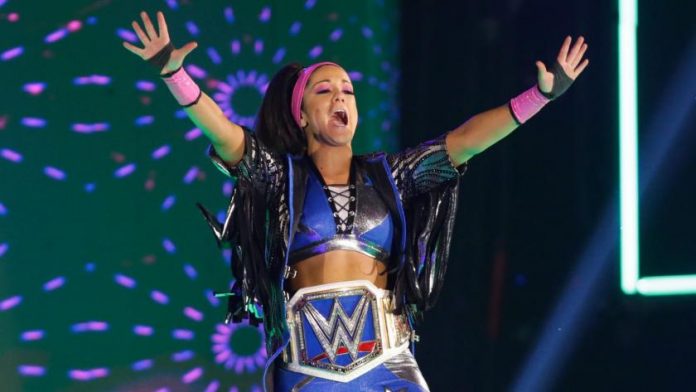 Carmella vs. SmackDown Women’s Champion Bayley has been announced for Friday’s WWE SmackDown on FOX episode.

Carmella became the new #1 contender to Bayley by winning the Fatal 4 Way main event of last week’s SmackDown. She defeated Naomi, Alexa Bliss and Dana Brooke in that match.