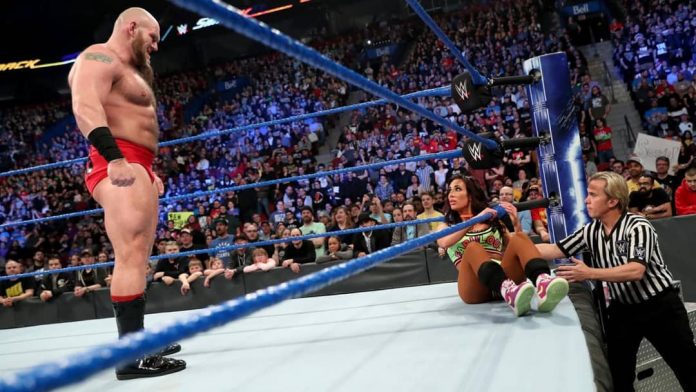 Immediately following Carmella’s loss to Charlotte Flair on SmackDown LIVE, R-Truth tended to “The Princess of Staten Island,” but Sullivan hit the scene and stalked to the ring. Likely sensing that Lars was there for a fight, Truth got right in the face of “The Freak” and the two Superstars began trading haymakers. The monstrous Sullivan soon got the upper hand and dropped Truth with a ring-rattling Freak Accident.

Sullivan then turned his attention to the downed Carmella, but she slowly slipped out of the squared circle unscathed as Sullivan once again leveled Truth with a running sit-out powerbomb.

Following their encounter, Sullivan ‘liked’ these nine tweets from Carmella.

And that’s a wrap!! Thanks for a FABULOUS week, Brooklyn! ? pic.twitter.com/92MKMNnccM

When everyone stays mad that you take advantage of every opportunity that comes your way…. I’m booked and busy, y’all! ? pic.twitter.com/dEWoDpgTr1

After being notified of Sullivan liking her tweets, Carmella took to Instagram Story today to tell him to leave her alone. 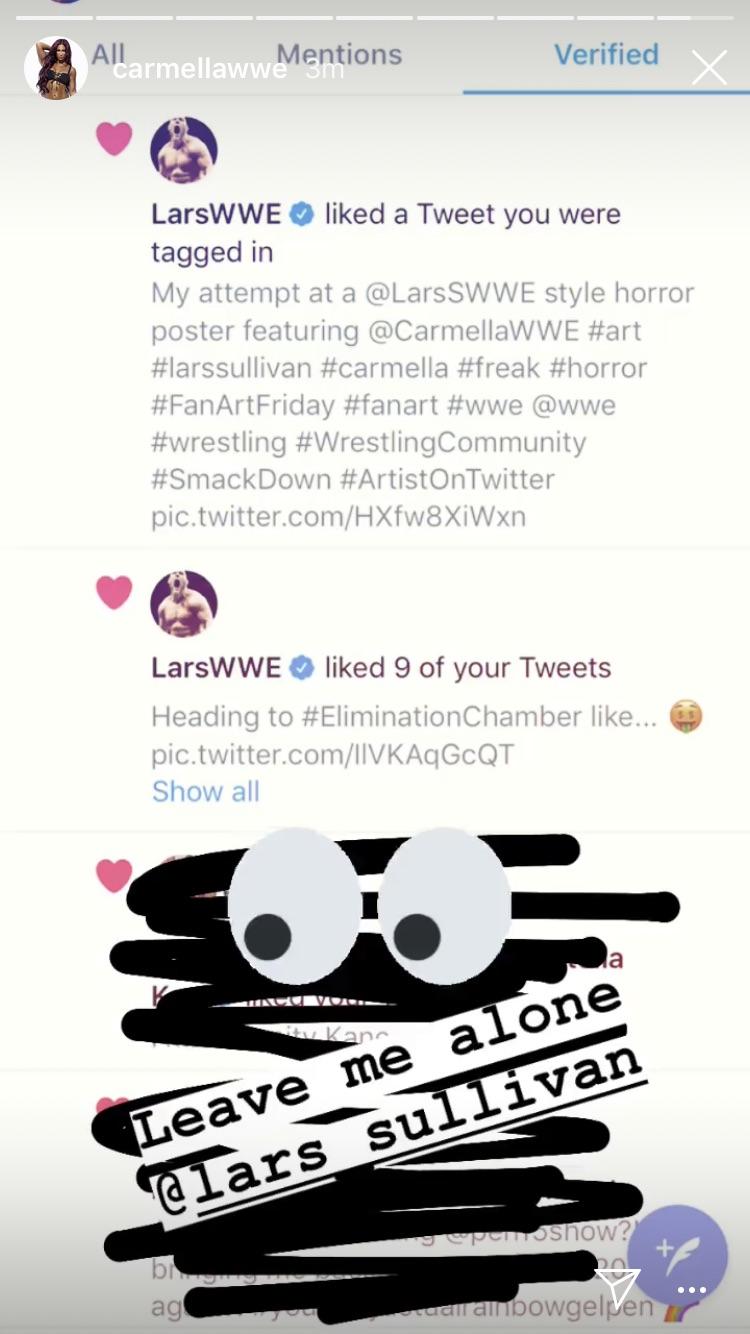