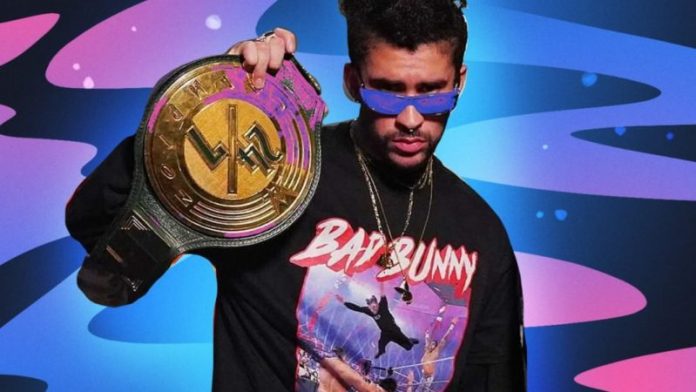 Ever since the 1980s, with the “Rock and Wrestling Connection,” WWE has always found a way to incorporate mainstream celebrities in their programming. Whether it be in matches, behind-the-scenes segments, or interfering in wrestlers’ matches, they always find a way to bring more eyes to the product. These celebrities have diverse backgrounds; from movie stars to athletes, to music sensations, WWE always finds a way to appeal to its audience. However, WWE seems to always bring out the world’s biggest stars during Wrestlemania season. Just as the Superbowl appeals to all audiences with the use of top musical performers and other activities during the weekend, WWE does the same.

The biggest example of this is Grammy award-winning rapper Bad Bunny. Bad Bunny showed up on WWE TV a lot in 2021, rapping at the Royal Rumble, and eventually earning a tag team match at the “show of shows.” During the Q1 2021 earnings call, CBO Stephanie McMahon discussed how much the ratings increased while Bad Bunny was on TV.

“There was an increase in the Hispanic 18-34 demographic by 31%, Bad Bunny’s total social impressions during the time of his storyline equaled nearly 700 million people.”

This year’s Wrestlemania showed three different celebrities, Pat Macafee, Logan Paul, and Johnny Knoxville, who all had matches throughout the two-day event. Logan Paul was in a tag match teaming with the Miz to wrestle Dominic and Rey Mysterio. Although this was not the first time the Tik-Tok star was involved in a WWE ring, fans were hesitant over accepting him into their world. Paul and Miz were able to pick up the win, with the whole crowd booing Paul, the $5 million Pokemon card he wore to the ring did not seem to help matters. However, fans were impressed by his in-ring skills. Paul went on his podcast to praise WWE and explain his value to WWE.

“I don’t have a WWE fanbase, and I think that’s why they like me here because I believe my value comes in bridging the gap between mainstream and this WWE world that I can help tie together. If I become involved, I would love to bridge that gap more creatively. I truly think there is a way to make it some mainstream viral cultural phenomena with the WWE.”

WWE also uses celebrities to help promote upcoming projects that they are working on, such as Johnny Knoxville. Knoxville first became involved with the WWE in January as part of the Royal Rumble match. This appearance was used to help promote Knoxville’s upcoming movie Jackass Forever. Since the DVD version of the movie was coming out the week after Wrestlemania, it only made sense for his rivalry with Sami Zayn to come to an end at the biggest show of the year in an anything goes match. Knoxville talks about how working with WWE is always a pleasant thing in an interview with Bleacher Report.

On the other hand, if you are a casual fan of WWE these celebrity appearances might not always be the best thing. From a business perspective, this makes perfect sense, but when two championship matches are not on the biggest show of the year, due to these celebrity matches, this could lead to some angry talent. As the New York Post reviewed Wrestlemania, they also brought up the point that both the United States and Intercontinental Championships were not defeated at Wrestlemania.

“But it feels like overkill from WWE to have Logan Paul, Johnny Knoxville, and Pat McAfee in featured matches when days before a two-night, currently 15-match WrestleMania 38, it couldn’t find a way to book the Intercontinental and United States championships at the event.”

Although there are pros and cons to adding the celebrity factor to WWE programming at certain times of the year, it is a great thing to do from a business standpoint. WWE, due to the pandemic, has struggled to gain an audience of over 2 million fans, with the help of celebrities, they help reach that goal. There will be fans watching Logan Paul or Bad Bunny just to see what they do on a WWE stage. If the fans like what they see even after the celebrity leaves and continues their daily life, they might still watch the product. This also can help ticket sales at a bigger show like Wrestlemania. Fans might want to see their favorite celebrity compete live in a ring, or want to see them on Raw or Smackdown to help build to their match at the pay-per-view. Ticket sales and celebrity merchandise will help WWE achieve more significant revenue.