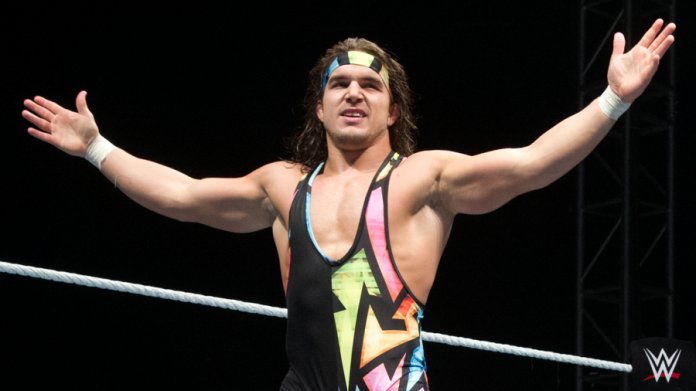 – Above is a bonus clip from this week’s Total Bellas episode with The Bella Twins celebrating women’s empowerment at The WIN Awards back in February.

– WWE has a new poll asking fans what match they’re most looking forward to at the October 22nd TLC pay-per-view. As of this writing, 78% voted for the TLC match with The Shield vs. Braun Strowman, Cesaro, Sheamus & WWE Intercontinental Champion The Miz while 13% voted for Asuka vs. Emma, 6% voted for Mickie James vs. RAW Women’s Champion Alexa Bliss and 3% voted for Enzo Amore vs. WWE Cruiserweight Champion Kalisto.

– Chad Gable noted on Twitter that the legendary Dan Gable was present for one of his training sessions this week. Gable also commented on training with Shelton Benjamin after they became the new #1 contenders to SmackDown Tag Team Champions The Usos. You can see his tweets below:

Straight back in to the lab today – training w/ @Sheltyb803.