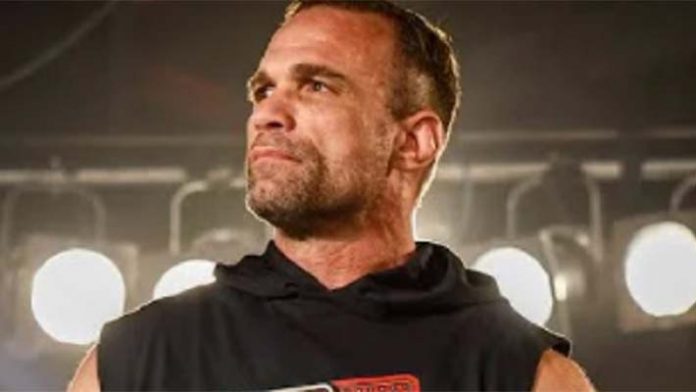 With a career spanning over 25 years, Haas started out in JAPW on the New Jersey wrestling circuit and made his way to WWE alongside Shelton Benjamin as The World’s Greatest Tag Team. Haas continues to wrestle to this day and is helping to train the next generation of pro wrestlers.

Below is the full interview:

I remember seeing you inducted into the JAPW Hall of Fame in 2007. Coming from Oklahoma, can you tell me about your experience wrestling in JAPW when you were coming up?

So, Russ [my brother] and I had friends at Seton Hall where we went to college, but we weren’t from Jersey, y’know? A lot of the guys in the Northeast Indy circuit all knew each other and grew up together. Steve Corino, Nova, Reckless Youth etc.

I started bouncing at the Osprey my senior year and Russ and I were looking to get into wrestling, but couldn’t afford some of the wrestling schools. We were getting out of college and were broke as hell. But then we heard about Iron Mike Sharpe’s school which was a lot cheaper and that was where we ended up training for a year.

Later on, Tommy Fiero said, “Hey, I’m throwing a show and if you can sell tickets, I’ll put you on.” And I said sure. So we got our fraternity brothers, our girlfriends and our parents to come.

I met Fat Frank at a show that we were supposed to do, but then told that we couldn’t be used. So Frank told me, “I got something starting up in a month at the Charity Hall in Bayonne.” And that was JAPW.

Russ and I had always wanted to make it to WWE. So we asked Iron Mike if he could call anybody. And he told us, “No, you need to get experienced and booked.” I asked, “How?” He goes, “figure it out and then see if you can get me booked.”

We were CZW and JAPW tag champs at the same time and CZW and JAPW hated each other. But they loved us. And we were straight shooters, too. We did this for 4.5/5 years. We tried to get a tryout at ECW while they were still in business, but couldn’t get one.

And after all those years, it felt like we ran our course in the indy scene and we just wanted to get to WWF. Someone we knew got a hold of Kevin Kelly and said “there are these two guys from Oklahoma that you should bring up. Jerry Brisco would love to see them.” Don Montoya gave them my number and I didn’t expect anything to happen from that, because I didn’t know how close he was.

But then one day I get a phone call saying, “Hey this is Kevin Kelly from the WWF. I want to see you guys in Delaware to get Jim to polish you up.” Jim told us, “you can come down, but I’m not gonna train you.” So we went down, but as soon as he saw us, he agreed. And he said that we had the look, but just needed to work on our footwork. He really got us ready.

Do you think teaming with Shelton Benjamin was a good second chance for your tag team wrestling career, after Russ died?

Russ was actually supposed to be part of Team Angle, along with Shelton and Kurt. About a month after his death, I tore my ACL and I was out for 6 months. I was thinking I was going to get fired, when they called me one day. But thankfully they told me I needed to meet with JR, Arn Anderson and Shelton. Shelton had just gotten off a feud with Rodney Mack. JR asked Shelton and I if we had ever tagged before. Anderson was like, “They both can work. Let’s see if they can gel.” So for a year, we were doing house shows and dark matches. And Shelton wanted it as bad as I did. We became brothers. Russ was my guardian angel who sent Shelton to watch over me. To this day, I still talk to him once or twice a week.

Do you keep in touch with any of your JAPW colleagues?

Some of them are Danny Maff, Pierre, Low Ki, Homicide.

What were some lessons you picked up from Kurt Angle?

We never really rode in the car with him. We probably learned more from Arn. But we did learn about timing whenever we tagged with Kurt. We also learned a lot from Eddie Guerrero.

Something that I learned from watching Macho Man is that he used to write down pages of moves and then memorize them. Shelton was like, “they memorized all this?”

You need to move the crowd up and bring them back down. Don’t just do moves, moves, moves.

So, do you think there’s a lack of psychology among the newer wrestlers?

No, but I think these guys are so athletic and talented, that maybe they get bored? Like, for example, for working the legs, they might think “there’s only so many ways you can work the legs,” but there’s actually a ton of things you can do. You can spin the leg around, do an Indian deathlock etc. Same with the neck, same with the shoulders. It’s the little things you do that get that crowd reaction, in between the big moves, the different ways to get out of the moves, when to sell etc.

Speaking of moves, you innovated the Haas of Pain. What goes into inventing a move? Did it just come to you?

I was doing an early version of it while I was working Russ’ leg. He was on his stomach, I’d sit beside him, grab the knee and pull it up, but it was only one. I wondered “what if I took the other leg and crossed it over?” I had to put the arm of my opponent next to me and the other hand to be above him and then I’d pull him back and he taps. I had seen some versions of the Haas of Pain in MMA, so I had some influence from that as well.

But after a while, people weren’t willing to do that with me. And I didn’t get to where I wanted to be in singles competition, so I quit doing it. But I came up with this other move that I can do to everyone and even Taker liked it. It was called the Haas lock. I’ll take the leg in a one legged Boston crab, turn back into him as he’s bowed and do a spinning toe hold back into him and do a keylock.

While you were in WWE, did you have any memorable interactions with Vince McMahon?

Yeah, he liked Shelton and I. We had good conversations when we went over to Iraq and we drank wine together. He was more approachable than he is now; at least that’s what Shelton tells me. If something’s going on, you need to schedule a meeting with him. 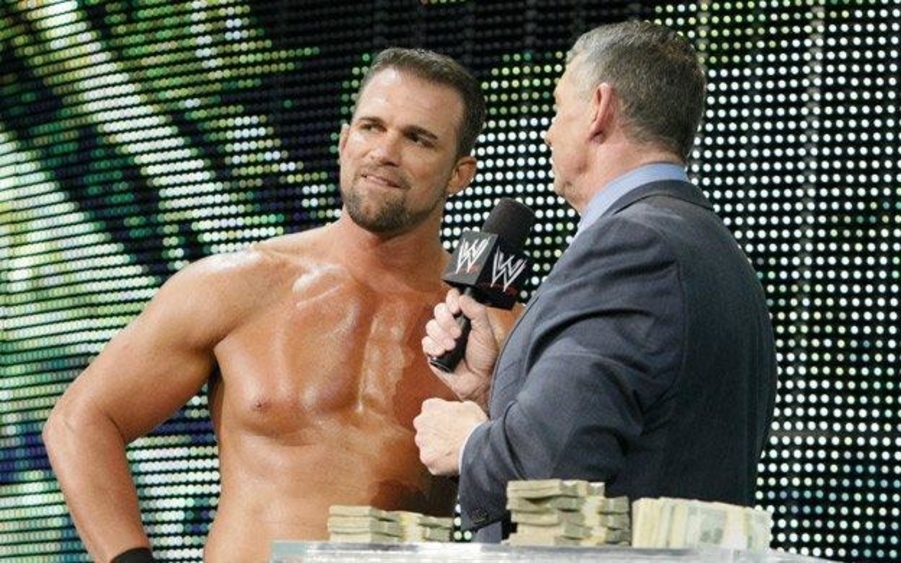 What was your favorite entrance music? Back in your JAPW days, you used “TNT” by AC/DC. Was that your idea?

Yup. I heard the live version of TNT with Brian Johnson and I actually like Johnson better, even though I know a lot of people liked Bob Scott. The beginning of the song goes “Oi oi oi” and some people thought it sounded like “Haas Haas Haas.”

Recently, I came out to Five Finger Death Punch. Gotta get with the times, y’know?

What have you been up to recently? Where can we find you?

SWE 360 is one of the places. We’re gonna be separating the locker rooms and tell you the finish and that’s it. They’re gonna realize how much fun it is and how easy it is to call the match on the fly. And they can apply it to AEW or wherever else they work.

I’m also training my kids to wrestle. My boys Russ and Chuck have had their eighth pro match. They’re working hard and I’m happy for them.

What keeps you going at your age in pro wrestling?

I’ve been doing this for 26 years and it’s all I want to do. And for my kids, I want them to be better than I was.

Anything else you’d like to tell the PWMania.com audience?

You can check out Haas’ latest podcast below: