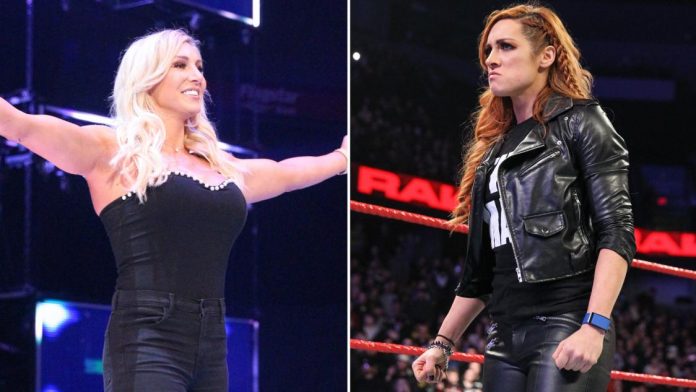 In the latest twist in Becky Lynch’s injury storyline, “The Man” re-injured her knee at Saturday night’s SmackDown live event in Alexandria, Louisiana.

During a match between Charlotte Flair and SmackDown Women’s Champion Asuka, Lynch leaped over the barricade and attacked “The Queen.” In the heated altercation that followed, an irate Charlotte re-injured Becky’s knee, going as far to attack her with a steel chair.

Here is video of the incident from WWE.

The exchange follows Vince McMahon handing Lynch a 60-day suspension from in-ring action last Monday and replacing her with Charlotte Flair in the Raw Women’s Championship Match at WrestleMania 35 against Ronda Rousey. Then, 24 hours later on SmackDown LIVE, Flair further stirred the pot by informing fans that she was dedicating her title match to Lynch.