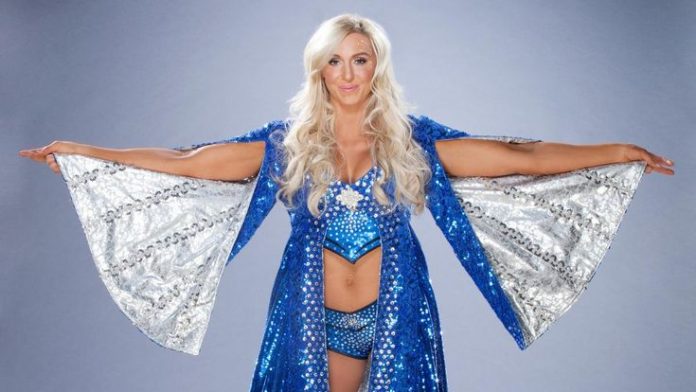 – Above is video of Charlotte Flair talking about the first-ever women’s Money In the Bank Ladder Match at Sunday’s pay-per-view. Flair says this is just another opportunity for her to be a part of women’s history and she couldn’t pick a better group of women to do it with. Charlotte says she’s really nervous because she’s never worked with the ladders but she thinks it’s great and she wants them to steal the show.

Charlotte also says the match shows how WWE is investing in the women’s division. She goes on and says sometimes the pressure is debilitating but pressure creates diamonds and that’s what the 5 of them are. Charlotte knows each one of them has something they’re nervous about but if they do what got them to this point, they’re going to steal the show.

WWE returns to China with first-ever Live Event in Shenzhen

SHANGHAI, China and STAMFORD, Conn. – WWE announced today that it will bring a Live Event to Shenzhen, China for the first time, as WWE Live China comes to the Shenzhen Bay Sports Center Arena on Sunday, Sept. 17. This event marks WWE’s return to China following last year’s successful show at the Mercedes-Benz Arena in Shanghai.

Tickets for WWE Live China are available this Friday at 10 a.m. Beijing time, and can be purchased via www.damai.cn.

“WWE’s return to China demonstrates our continued commitment to the market,” said Jay Li, Vice President & General Manager, WWE Greater China. “Our WWE Superstars will deliver an action-packed night of family-friendly entertainment that is certain to create memories that will last a lifetime.”

WWE Live China is presented in partnership with Live Nation, the global leader in live entertainment.

“Mission Hills, the largest golf club in the world, is excited and proud to partner with WWE, a global entertainment company, to bring WWE Live to China,” said Tenniel Chu, Vice Chairman of Mission Hills Group. “Together we are bringing the excitement and family-friendly entertainment of WWE Live to fans here in Shenzhen for the very first time.”

The past 12 months in China have been a period of significant activity for WWE. In June 2016, WWE reached an exclusive, multi-year agreement with PPTV to live stream flagship shows Raw and SmackDown in Mandarin. The company also signed eight Chinese athletes to developmental contracts to train at the WWE Performance Center, including the first-ever Chinese WWE Superstar, Tian Bing. Last September, WWE returned to China for its first Live Event in more than three years with a show at the Mercedes-Benz Arena in Shanghai. In April, WrestleMania 33 was distributed live in China for the first time ever, via pay-per-view on PPTV Sports, and Tian Bing made his WrestleMania debut in the Andre the Giant Memorial Battle Royal.

– WWE announcer David Otunga will return to Harvard Law School to speak at their Bicentennial Celebration in mid-September. Otunga wrote the following:

I’m honored to be a part of @harvardlaw Bicentennial celebration! I will be speaking at HLS on Sept 15-16th! Don’t miss it! #alumni #HappyBirthday #Harvard

I'm honored to be a part of @harvardlaw Bicentennial celebration! I will be speaking at HLS on Sept 15-16th! Don't miss it! #alumni #HappyBirthday #Harvard