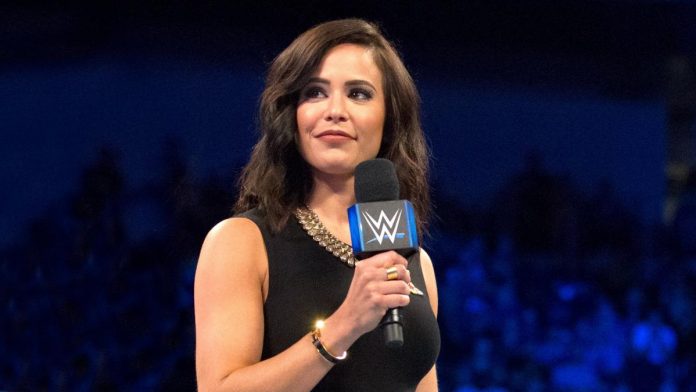 WWE & ESPN on-air personality Charly Caruso was the latest guest on the Chasing Glory podcast with former WWE ring announcer Lilian Garcia where she talked about a wide range of topics including learning from WWE Raw color commentator Renee Young as well as working for ESPN. Here are the highlights:

On Learning From Renee Young:

It’s great. It’s nice especially to have, for me, someone like Renee [Young], who I can lean on and say, ‘Hey, you’ve been here for a few more years than I have. What should I do at this point? Or, where should I go? Do you have any advice for me in this situation?’ So, that’s really nice and for me to be able to pass that on to the newer broadcasters….it’s nice to have that support system. Us women will experience things that men will never understand, whether it’s physically, mentally, emotionally, so it’s nice to have people who get it because you can explain it all you want to men sometimes; we’re wired differently, so it’s nice to be able to have that support system and that level of understanding.

I’m working with ESPN now, as of the end of September. Right now, I’m a part-time employee, so I’m kind of being used more on an as needed basis. It’s not like I have a set schedule, but am right now hosting their SportsCenter on Snapchat show, which is their social media form of their traditional SportsCenter, which is super fun because it’s super laid back, which kind of has a sarcastic spin to it, which for me is great because I consider myself to have that sense of humor and be a little comedic, which is cool. I’ve been doing the SportsCenter updates, which air on ESPN throughout the day. I’ll chime in with anywhere from 3-4 minutes worth of sports news, with just a brief update and then toss it back to the show that I just interrupted…now that I’m doing both [ESPN & WWE], I’m so busy all the time. It’s pretty exhausting.”

H/T to WrestleZone for the transcript