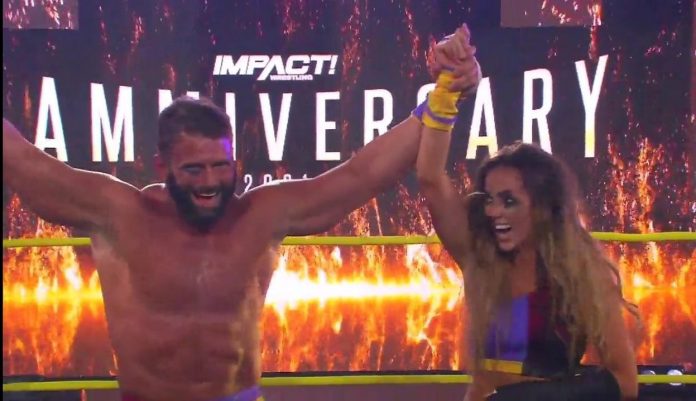 Matt Cardona teamed up with former WWE star and his fiance Chelsea Green to take on Brian Myers and Tenille Dashwood in a tag team match at Impact Wrestling’s Slammiversary on Saturday night from Skyway Studios in Nashville, Tennessee.

Cardona and Green were able to pick up the pinfall victory after Green landed an unprettier on Dashwood. Green is a one-time Impact Knockouts Champion.

Green was released by WWE due to budget cuts and able to get out of her non-compete clause early. She just appeared at last Sunday’s ROH Best In The World PPV event as she’ll compete in the tournament to crown a new Women’s Champion that starts on July 30th.

THE HOT MESS IS BACK! @ImChelseaGreen is @TheMattCardona's partner! #Slammiversary