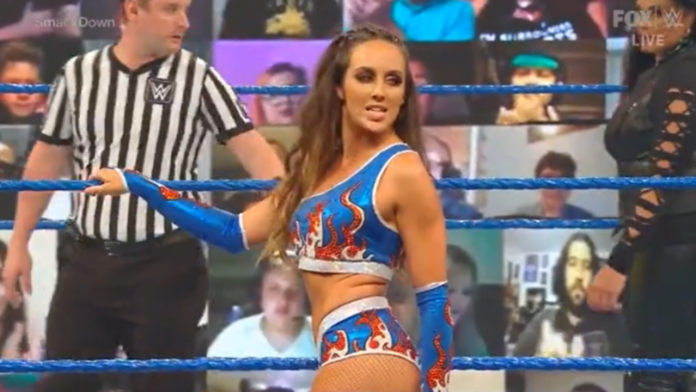 Chelsea Green says she is back wearing a cast on her arm. As noted, Green returned to Impact Wrestling at Slammiversary this past Saturday, teaming with fiancé Matt Cardona to defeat Brian Myers and Tenille Dashwood in mixed tag team action. A highlights from the match was Green delivering a one-arm Canadian Destroyer to Brian Myers. While Green was wearing a cast on her arm at Slammiversary, it was noted on commentary that she had been medically cleared for competition.

In an update, Green tweeted x-ray photos earlier today before going to the doctor, and noted that she planned to show him a video of the Destroyer at Slammiversary.

“Off to the surgeons. He told me to take it easy. What do you think he’ll say when I show him the one-armed Canadian destroyer I hit? [smiling face with halo emoji] #YOLO,” she wrote.

Green later noted that her doctor watched the video, and put her back in a cast. She included a video of the original cast being sawed off.

“I showed my surgeon the video. He laughed, said ‘I knew it’ and then proceeded to put me back in a cast… [upside-down face emoji],” she wrote.

Green recently discussed the Slammiversary return on her “Green With Envy” podcast and confirmed she wrestled with the broken arm, noting that there is no health commission in the state of Tennessee that would’ve prevented her from wrestling while injured.

“So obviously I’ve been talking about the familiarity — look at that fancy f*cking word. Ah, the familiarity of IMPACT, but one thing that wasn’t familiar clearly was wrestling with a broken arm,” Green said. (H/T to Post Wrestling) “Slammiversary was in Tennessee so they don’t have a health commission, so a health commission cannot ban me from wrestling with a broken arm, see what I mean? So I f*cking did it. Yolo, right? Last week, obviously I was upset that I couldn’t wrestle for Ring of Honor in the Women’s Championship tournament but I understood why. The Maryland Commission was not having any of it. But in Nashville however, it is balls to the wall, woo! We were good to go so I took the opportunity and I ran with it, cast and all. I will say it doesn’t feel great, okay. Doesn’t feel ten out of ten but it was ten out of ten worth it, 100 percent worth it. A little pain, a lot of pleasure, that sounds dirty. Anyway, I’m struggling today but the pain wasn’t really my main issue getting back into the ring. My issue was actually more so mental. I wasn’t nervous it was gonna hurt. I just had this weird mental blockage. I didn’t realize how much this injury would affect me mentally this time around. I think the first and second time that I broke my arm, I truly believed in my head that it was a freak accident. So when it happened for the third time, because this is the third time I’ve broken my arm if you don’t know. I really was in my head about it. I was super nervous to get in the ring, I kept putting off practicing which is not really like me and I know it was purely because mentally I just wasn’t in a place where I felt ready to get back in, but I knew I just had to do it so I f*cking did it. I conquered the fear, I really had no choice. I kind of had to once my music hit, didn’t I? Imagine that, you guys, just picture Matt [Cardona] comes out first to his music and stands on the ramp and I don’t come out? Oh that would’ve been so good.”

Green injured her arm once again back on the November 13 edition of WWE SmackDown, in her official main roster call-up. She was later released while still out of action, on April 15 of this year, despite inking a new three-year deal in November. Green announced she was cleared for action in late May after undergoing three operations on her arm, but it was then said that she needed six more weeks of recovery, after having a plate removed from her arm that was the result of an injury suffered years ago, and was expected to be fully cleared and healthy for the ring by the time her WWE non-compete clause expired on July 15.

Before making her Impact return at Slammiversary, Green made her ROH debut at their Best In the World pay-per-view on July 11. It was announced that Green would be competing in the tournament to crown a new ROH Women’s World Champion this summer. She reportedly received clearance from WWE to make the ROH appearance before her non-compete expired. It was reported that Green did not have a ROH contract, despite working the ROH tapings on commentary. Green worked the Impact TV tapings held this past Sunday and Monday in Nashville, which will air as upcoming Impact on AXS episodes, and the Impact Homecoming special. Last night’s Impact show saw Green, Cardona and Jake Something defeat Dashwood, Myers and Sam Beale.

Off to the surgeons. He told me to take it easy. What do you think he’ll say when I show him the one-armed Canadian destroyer I hit? 😇 #YOLO pic.twitter.com/WfxuHrk5UN

I showed my surgeon the video. He laughed, said “I knew it” and then proceeded to put me back in a cast… 🙃 pic.twitter.com/R2wOHVUfsM 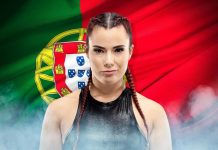