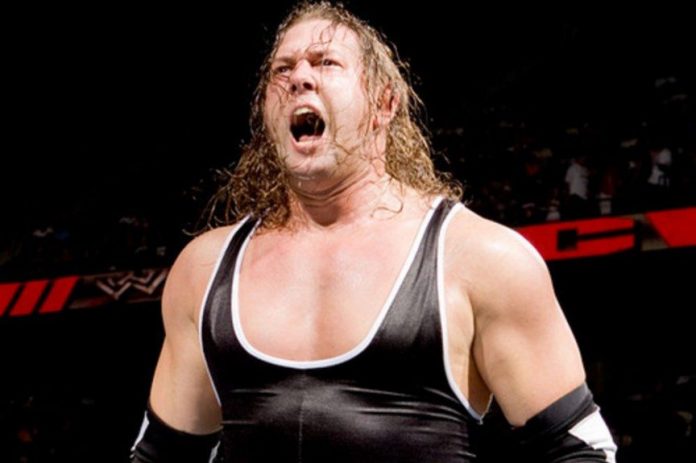 Former TNA and WWE star Chris Harris recently spoke on INSIGHT with Chris Van Vliet for an in-depth conversation about various topics. Here are the highlights:

On having his name changed to Braden Walker in WWE:

“It was unfortunate that they would do that but I can’t say that I was surprised. Going in there, they just want to erase your past, which is unfortunate because you try so hard to build up a reputation for yourself and not that they would ever talk about TNA, but they don’t want them to talk about you like you are a rookie. Going in there, I tried to keep a positive attitude. The Wildcat is gone, I’m going to be a whole new character. They gave me the name, and a lot of people have trashed that for years, but it wasn’t a surprise. They gave me the name, if I was still able to be myself, I could take any name that they throw at me. I could make Braden Walker work if they had given me an opportunity. There was no preparation and no thought behind it. I think I was doomed from the start.”

Never being given the opportunity while in WWE:

“I was there for close to a year, and I just from the get go, I just saw different things. When I first went, people were excited to see me and they didn’t want news getting out, it felt like a big deal. ‘We’ve got plans for you.’ Things like that. I felt like maybe I made the right decision. But within weeks, I was seeing that there was no background to this and no thought and I was just going to be one of the ones that are just thrown out there, and I was. I was just thrown out there, there was no story or background to Braden Walker anything like that. I had generic music, gear, name, there was no reason for people to get behind me. I still feel like I could have made that work if they let me wrestle, but they were even taking that away from me. Seconds and minutes before I went out, I had a producer change my match. ‘You can’t do this and you can’t do that, so why don’t you try…’ You’re messing with me man, I couldn’t go out and be myself in the ring. It was very unfortunate and I felt like I could make it work, but the opportunity was never presented to me.”

“It is [insane] and it’s crazy that people still talk about it to this day. That was our second cage match, a lot of people don’t remember the first one. Our first cage match had got a lot of attention, but when we were talking about the second one, we wanted to top the first one, which is incredible if we could do that. Elix had this idea and I thought that it was completely absurd. What a lot of people don’t remember is that part of Elix’s arsenal was that he would walk the top rope and do a hurricanrana off of that, on the ropes. It wasn’t a complete out of the blue idea, he had done it in is matches previously. When he brought that idea up, I was like that takes it to a whole different level, that is dangerous. A lot of people don’t know this, but I told him no for most of the [day], it wasn’t talked about until that day. Most of the day I was telling him no, there is no way. I don’t know if I want to take something like that and it is dangerous for him. It couldn’t have been more than a few hours before the event, he came and he tried it one more time. I looked at him and I said ‘Can you really do this?’ What convinced me was his confidence, he said to me ‘Yes. I can do this.’ When I saw that he had no wavering, I said ‘Ok, let’s do it.’ You have to take your chances man. A lot of people still think there is a lot of practice and going over everything, that is a one and done thing, you don’t practise that. I don’t know if they had a cage up that day. I don’t think we walked through anything. But we were all professionals and confident in our abilities. So yeah, I said let’s do it and it just was a switch. I can remember, if you look back at that, he is stumbling at first to get his footing. I am over on the other side with Christopher Daniels and already he is taking a while. I am looking at Chris and I’m like what is plan B, because he is not going to make it. By the time I looked back he was on me, so you saw once he got his footing he was gone man. Next thing you know his legs are around my head and here we go. He gets props for that and I am glad he does, but a lot of people forget who took that bump. But it couldn’t have been any better, I am very fortunate, it’s a long way down.”

“A lot of people asked me at that time ‘What do you think of Beer Money?’ They thought that I would trash it, but I was the number one fan of Beer Money, I thought that they were great. I loved Bobby Roode, I travelled with him, good friend of mine. So when Strom and him hooked up, I think for similar reasons, they [TNA] didn’t have anything for them at the time, and they wanted to make it work. But yeah, they became very successful and it doesn’t surprise me that Storm was a part of that. He knew what to do and he knew what not to do in that department. The thing is, a lot of people have compared us to Beer Money, and I know nowadays a lot of people, Beer Money gets the nod. But it brings me back to as the company was building, they were getting more fans watching every week. As America’s Most Wanted was gone, they were still increasing viewers. So I think more eyes were on Beer Money, so that would be their favorite.”