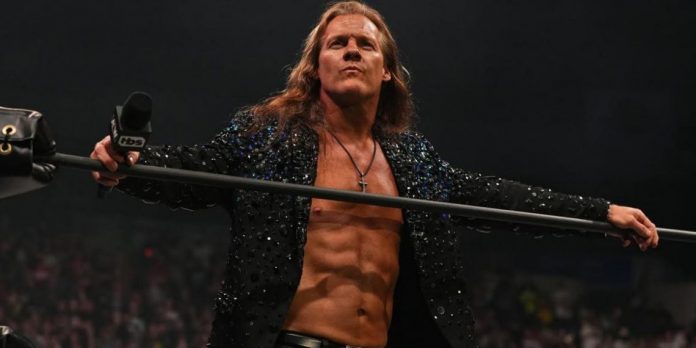 Chris Jericho has offered his thoughts on the conflicts that have arisen in AEW over the course of the past month.

CM Punk, Ace Steel, Kenny Omega, and The Young Bucks were all involved in the brawl that broke out backstage during the media scrum for All Out. This came about after other problems arose during the promotion, such as Eddie Kingston pie-facing Sammy Guevara and subsequently being suspended, as well as problems arising between Punk and Hangman Page.

Punk was stripped as World Heavyweight Champion, and The Elite were stripped from the title of Trios Champions. The promotion has also suspended the Young Bucks and Omega.

During the course of his interview with GQ, Jericho was questioned regarding the incident, as well as the manner in which the locker room has responded over the past few weeks.

“Without getting into specifics, it happens all the time. That’s one of the things about being around as long as I have: You just recalibrate and you focus on the positives and realize we got a great locker room, a great group of guys and girls. I think we re-established that [on TV the last few weeks]. We know that this is a pretty special place, and we’re gonna go out there and we’re gonna kill it. That’s what we did. It’s a reset and that’s exciting for everybody involved, including me. We’re just gonna keep building upon it. That’s what you do. That’s how you have longevity.

“I bet you the Edmonton Oilers were terrified when Wayne Gretzky left, and they won a Stanley Cup that year. That’s just how it goes when somebody leaves—somebody else steps up. That’s the best thing about wrestling, or pro sports, or even SNL. Adam Sandler leaves and suddenly Jason Sudeikis is the big name or whatever. So absolutely we’re not gonna miss a beat. We’re gonna go on and become bigger and better and stronger than ever.”

Jericho won the ROH World Heavyweight Title with a victory over Claudio Castagnoli on the episode of AEW Dynamite: Grand Slam that aired on Wednesday.