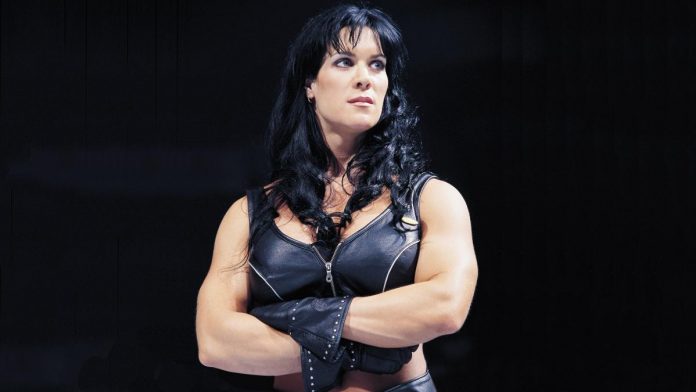 It’s been over two years since Chyna passed away, and now her mother is calling for WWE to induct her daughter into their Hall of Fame.

“As many of you know, yesterday would have been Joanie’s (Chyna’s) birthday,” Jan LaQue wrote on Friday on Facebook.

“I truly appreciate all of the messages and rememberances of her that were posted by so many of you. As you can imagine, it’s always a very sad day for me. But it helps a lot to know how many people remember her and loved her. It’s one of the worst things in the world to lose a child. We HAVE to get her into the WWE hall of fame. She richly deserves to be there.

“WWE – LISTEN UP and do what’s right for Chyna!! You owe her that for what she did for you and women’s wrestling. She earned her place there. And it’s long overdue.”

Sean Waltman, who dated Chyna, shared a similar sentiment on what would have been her 49th birthday.

It's Joanie's Birthday & I was just thinking of all the remarkable things she did. She was the magic ingredient in the DX Recipe. IC Champ, Wrestled Chono in Tokyo Dome for NJPW! She was an Amazing Woman. I
hope she's honored day before WM soon. Just seems like the right time. pic.twitter.com/Nucyl63ONI

Chyna passed away on April 20, 2016, at the age of 46. Following an autopsy, it was revealed that her death was the result of an overdose from mixing alcohol and prescription drugs.

Many factors have likely kept Chyna out of the WWE Hall of Fame to this point, including her past relationship with Triple H.

Also, Chyna went on to appear in pornographic films following her wrestling career.

Although the WWE Hall of Fame doesn’t always have to do with accomplishments in the business, there is no denying that Chyna deserves to be honored based on what she was able to do for women in a previously male-dominated sport.