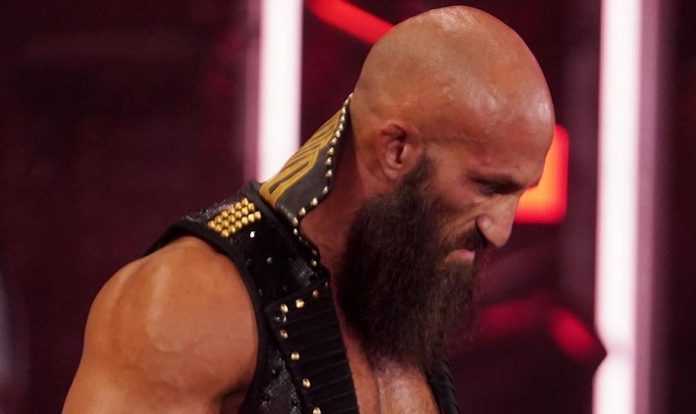 Before facing Bobby Lashley for the US championship on WWE RAW, Ciampa shared the following statement on Instagram.

“Tonight is dedicated to Handsome Harley, The King, the first ever United States Champion… or as I always called him ‘Boss’.

In 2008, when I moved to Eldon, MO to train with Harley Race, I was a lost twenty-two year old kid. I had just been released from my developmental contract, I lacked confidence, and I was battling depression.

The decision to leave home, step outside of my comfort zone, and start fresh in a new territory was horrifying to me…but it’s a risk I needed to take.

When I reflect on my career today, it’s extremely clear to me just how big of an impact Harley had on me…personally and professionally.

Harley is a no nonsense man. His mere presence demands respect…this I could tell from the moment I met him. However, as the days turned to weeks, and the weeks to months, I came to discover that Harley had a heart of gold. He cared about his students, not only in the ring but outside as well.

Before class every day, I would try to get to the school early and I would ask Harley to watch tapes with me. Sometimes he ‘politely’ said, ‘not today kid’. But sometimes the answer was yes…and I’ll tell you this, not many things compare to tape study sessions with Harley Race.

My best memory from my time training at the Harley Race Academy actually took place away from the ring. It was Thanksgiving of 2008 and I (along with many others) could not afford to travel home for the holiday. Harley invited a bunch of his students to his place for a home cooked Thanksgiving feast. He treated us as family. It was incredible!

I’m grateful for the time I spent with Harley in ’08… I wouldn’t be the man or performer I am today without him.

Harley passed away almost exactly three years ago from today. And still, I can hear his voice clear as day, ‘you done good kid, you done good’.

Thank you, Boss. Thank you for everything. 🖤”