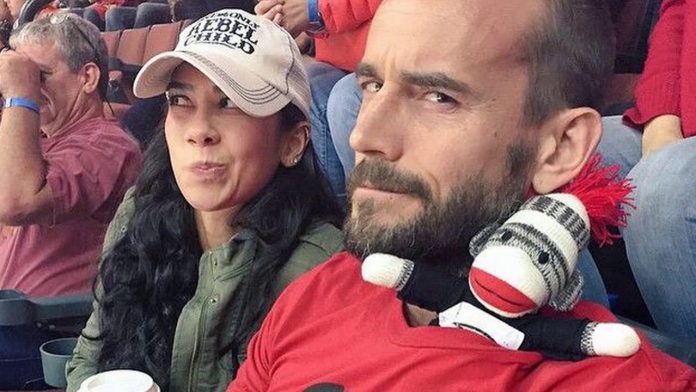 As PWMania.com previously reported, AJ Lee will be returning to the wrestling business as an Executive Producer for the Women of Wrestling promotion’s relaunch.

In an interview with Robbie Fox of My Mom’s Basement, CM Punk talked about his wife’s new role and her working out a deal with WOW’s Jeanie Buss:

“I don’t want to put words in her mouth, but I think that’s just a happy coincidence. I think it was more, you know. So I’ll go ahead. I had somebody reach out to me, saying, ‘Hey, Jeanie Buss wants to talk to April [AJ].’ I was like, ‘What?’ April doesn’t know anything about sports, like nothing, you know? So I took the idea to her and I was just like, ‘You have to at least take this meeting. Jeanie Buss is the most powerful woman in sports.’ You know, I think in my mind, I was just doing cartwheels thinking of my wife talking to Jeanie Buss. I thought that was super cool.”

“They had a great conversation and Jeanie was just, you know, trying to kickstart WOW and it really just kind of fit into the stuff that April’s doing: writing, producing. So it really was just an idea presented to her that I think opened her up to, ‘Oh, shit. This is actually perfect. I can help the next generation of female wrestlers, with the creative side of stuff and I don’t have to get concussed.’ Like it’s excellent, so it really fits what she’s doing in her wheelhouse. I’m super stoked she’s doing it.”