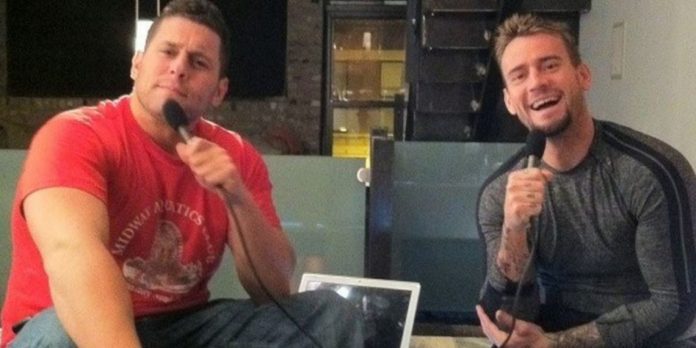 According to a new report, CM Punk may have an impact on Colt Cabana’s AEW status.

Cabana hasn’t worked on AEW programming in a while. According to the Wrestling Observer Newsletter, his absence is linked to his issues with former best friend CM Punk.

Cabana has been mentioned as a possible member of the new ROH group if and when it begins. He was signed to a new AEW deal, pushed by AEW Executive Vice Presidents The Young Bucks, and he worked ROH Supercard of Honor XV. However, after signing the new contract, he has not attended any AEW tapings.

Cabana did defeat Blake Christian at the ROH Supercard of Honor XV event on April 1, Tony Khan’s first ROH show as boss, but he has not worked for AEW since a loss to The Butcher and The Blade on AEW Dark in early March when he teamed with Alan “5” Angels. Cabana hasn’t wrestled on Dynamite since November when Bryan Danielson defeated him on the Thanksgiving edition of Dynamite.

Punk and Cabana had been great friends for years until the fallout from the controversial Art of Wrestling podcast, which detailed Punk’s WWE departure in November 2014. WWE doctor Chris Amann initiated a lawsuit against host Cabana and his guest Punk for comments made on the podcast, but the matter went to trial and was decided in favor of Punk and Cabana. On the other hand, Cabana launched a lawsuit against Punk in August 2018, alleging breach of contract and fraud after Punk refused to pay Cabana’s legal fees from the Amann lawsuit after allegedly agreeing to pay them. Cabana sought more than $1.2 million in damages, while Punk countered with a claim for more than $600,000.

Cabana requested more than $1.2 million in damages, while Punk countered with a claim for more than $600,000. Both claims were settled and dismissed in September 2019, and it was reported at the time that no financial compensation was involved in the settlement.

Cabana inked his first AEW deal in February 2020, following a series of dates that began in 2019. He eventually became a member of The Dark Order.

Since August 2021, Punk has been with AEW. At Sunday’s Double Or Nothing pay-per-view, he will face AEW World Champion “Hangman” Adam Page.