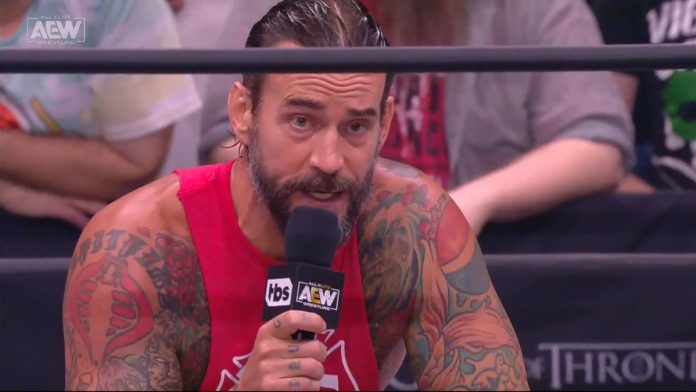 AEW Dynamite on August 17th 2022 began with a promo from AEW world champion CM Punk to hype up his unification match against interim champion Jon Moxley. CM Punk made several WWE references during the promo. When CM Punk said Moxley “is the third best guy in his own group, and that seems to be a recurring theme in his career,” he was referring to The Shield.

"Jon Moxley is the third best guy in his own group, and that seems to be a reoccurring theme in his career"

CM Punk mentioned Moxley’s “best friend” Eddie Kingston, saying he’s the third best Eddie (reference to Eddie Guerrero) he’s ever wrestled with and the second best Kingston (reference to Kofi Kingston) he’s ever been in a locker room with. When CM Punk said Moxley is “not even the first Jon I’ve beaten in Chicago for a belt,” he was referring to John Cena and the 2011 WWE Money in the Bank PPV.

CM Punk is not holding back at all on this thoughts on Jon Moxley right here on #AEWDynamite! We are LIVE on TBS! pic.twitter.com/E3ImAlq1JU

There were two pull-apart brawls between CM Punk and Moxley. It was later announced that the unification match will take place on next week’s Dynamite instead of the All Out PPV.