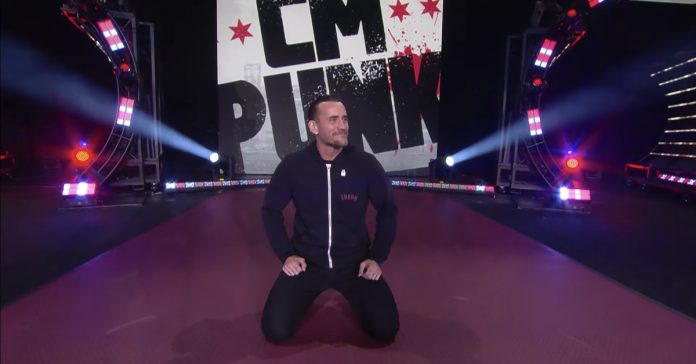 After this week’s edition of AEW Dynamite went off the air, a dark segment featuring CM Punk and Hook took place. Punk, who played the role of a heel in Long Island, NY, tried to avoid a confrontation with Hook. Danhausen prevented Punk from leaving the ringside area with a curse. Punk tried to beg but Hook ended up putting him in the Redrum submission and Punk tapped out.

After almost all of the fans had left the building, Punk was stretchered out of the arena.

HOOK lays out CM Punk after Dynamite in Long Island.

The one-night-only heel Punk then sells the entire thing even after everyone leaves the arena, and has to be stretchered out of there. (Full time-lapse)

Moral of the tale: do not mess with HOOK. pic.twitter.com/xKPr4HOh5r