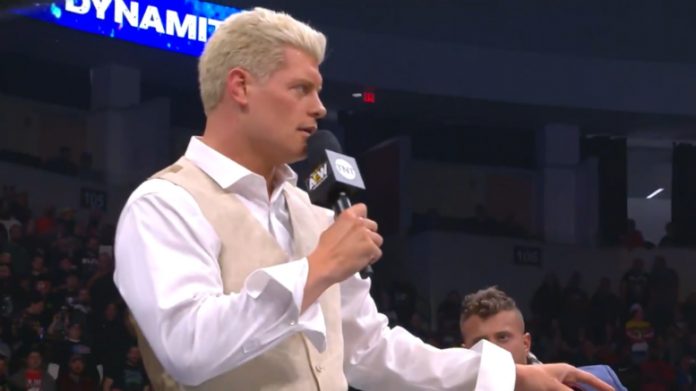 – Cody Rhodes addressed a fan’s claim that he was unprofessional when it came to his talks with CM Punk:

I was not unprofessional in my conduct. I never texted anybody an offer. He’s doing what he wants to do and fans should be happy that he’s happy regardless of which promotion.

– Following his appearance on WWE Backstage, CM Punk joked that he might not have a job anymore and noted that he wasn’t supposed to use profanity. However, Punk said he felt great since he got to be himself during the show.