Former ROH World Champion Cody Rhodes was recently interviewed backstage at the ‘All-In’ press conference. During this interview, he was asked about the speculation of CM Punk potentially appearing at the ‘All-In’ show. Here is what Cody said (h/t to WrestlingNews.co):

“I had a really great relationship with Punk. When I came to OVW, he was the locker room leader and he was super cool to me and he probably shouldn’t have been. He had worked for 10 years and was in developmental.

He was really nice to me and you never forget that. We want him to win his fight. If Punk wants to be a part of it, of course, he is unbelievably welcome. His city has and the wrestling world never ever has given up on Punk. That’s to speak to the body of work and equity he had with them.” 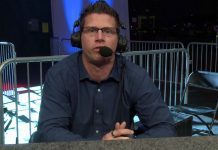