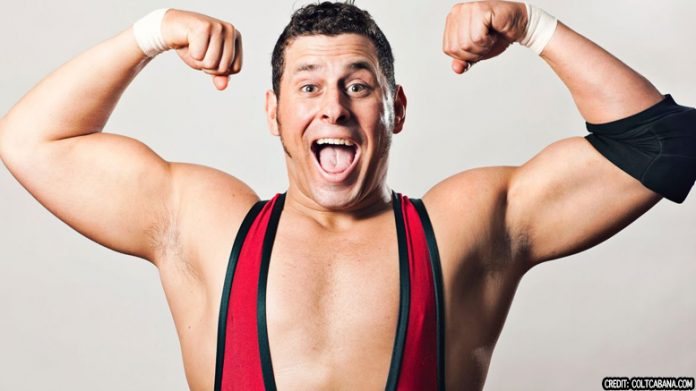 Colt Cabana has not made any public comments about CM Punk or any of the backstage issues that have arisen in the past few months in AEW; however, during one of his streams on Twitch, Cabana made a reference to something that Punk said without mentioning his name directly.

During his stream on Twitch, Cabana made the following statement:

“That’s a fun little tidbit. My brother is the director of Family Guy. Look up his name. He also shares a bank account with my mother.”

This is a reference to what Punk said earlier, where he stated that Cabana has a joint bank account with his mother. The remark was puzzling due to the fact that many adults, particularly those who are providing assistance to their parents in their later years, frequently have joint bank accounts with their parents.

Punk said:, “…when I finally had to countersue him, through discovery we discovered he shared a bank account with his mother. That’s a fact. And as soon as we discovered that fact and we subpoenaed old Marsha, he sent the email, ‘Oh, can we please drop all this.’”

He added, “… shares a bank account with his mother — tells you all you need to know about what kind of character that is.”

In a related matter, if you are curious about Colt’s brother, he is telling the truth about what he does for a living. Greg Colton is responsible for directing multiple episodes of “Family Guy.” In addition to that, he wrote for the shows “Invader ZIM,” “Mucha Lucha!” and “The Powerpuff Girls.” In 2010, he won an Emmy Award for “Outstanding Individual Achievement in Animation” for his storyboarding of “It’s a Wonderful Day for Pie” in the “Road to the Multiverse” episode of “Family Guy.” The award was presented to him for his work in the category of “Outstanding Individual Achievement in Animation.”

You can watch a clip from Colt’s twitch stream below:

Colt Cabana on Twitch: "My brother is the director of family guy, you can look up his name, he also shares a bank account with my mother."