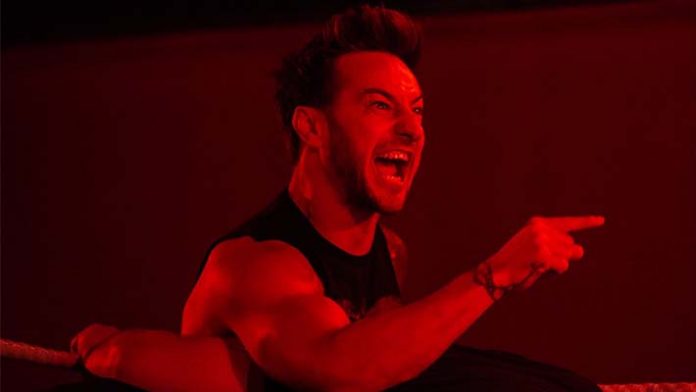 Sunday November 20th is a huge night in ICW’s history. On the company’s biggest card of the year, the World Heavyweight Championship will be decided in a 4-way elimination match.

ICW World Heavyweight Champion Kez Evans will have the odds stacked against him when he faces Craig Anthony, Stevie James & Leyton Buzzard in a 4 Way Elimination Match!

After Kez laid his hands on Mark Dallas once again, the ICW owner had had enough and put Kez in the toughest match of his reign, where he will face 3 of the hottest contenders in the company, with his title on the line.

In the lead-up to this HUGE main event, PWMania.com have had the chance to speak with 3 of the challengers to Evans’ title. In this exclusive, Craig Anthony, a man who is back after a year out due to the champion’s attack on him.

Of all the people Kez Evans has wronged, no-one has a bigger score to settle than Craig Anthony. Not only did Kez cash in his Square Go contract to rob Craig of the Zero-G Championship, but he also broke Craig’s arm, putting ‘The Natural’ out for a year. With Craig now healed and gunning for Kez, it would be the ultimate revenge for Craig to take the the World Heavyweight Championship. 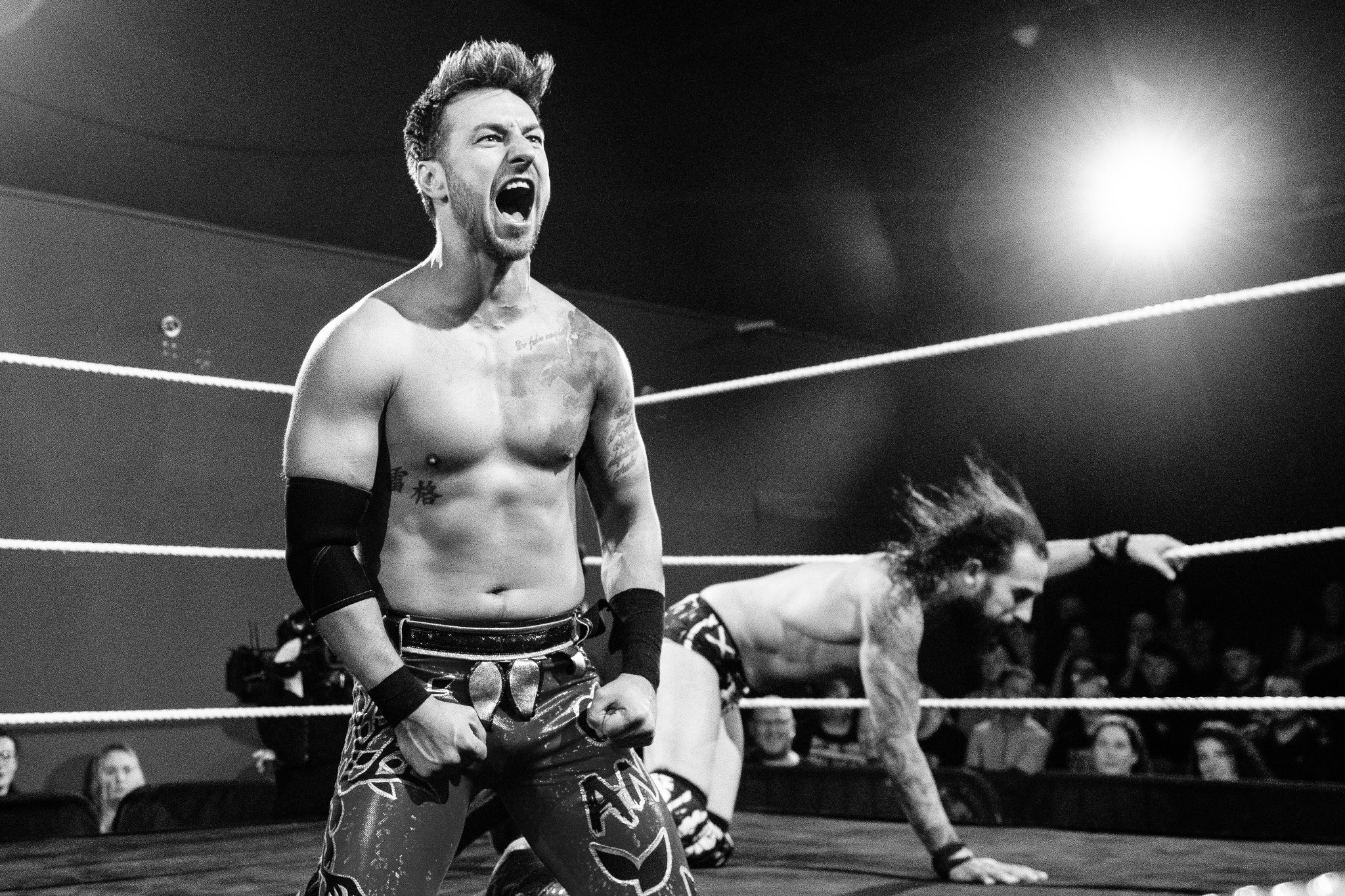 When PWMania.com sat down with Craig, and it was clear that he has a goal to destroy Evans and lift the World Heavyweight title.

You and Kez Evans have had a real war in ICW.  After a year of rehab due to Kez’ attack, what are your feelings about getting in the ring with him at Fear and Loathing?

“Well, coming back to ICW to get my hands on Kez is one thing, but beating him and winning the title is even sweeter.

“It wasn’t just because of the injury, it was all things building up to that. The closed-door tapings where we fought, cashing in his contract and taking the Zero G championship from me just after I won it, turning up at my house, threatening my fiancé, all these things led up to that moment at the Barrowlands, and then there, he breaks my arm and put me out.

“There’s been a lot of time to reflect, a lot of time to mull over what happened. He took my career for a year. Sitting on my couch at home, not able to wrestle was the worst thing. It causes a lot of thoughts, not always good ones either, but it all come down to this moment. So, mark my words, Kez Evans is gonna get it. Taking his championship is the beginning of the end for him.”

It’s clear to see you’re mad, but this match has two other competitors in Stevie James and Leyton Buzzard. Will you be able to control your emotions and concentrate on winning the match and taking on these 2 guys as well as Kez?

“I would’ve preferred one on one as I want to destroy him but the other 2 guys have been killing it on the scene while I’ve been injured. They are two guys whose body of work I respect. They deserve the shot as well.

“There are different elements in this match because they are there. I’ve had to really think about my game plan as getting in there with Kez, of course, emotions will take over. I can’t promise I can keep a steady head, and be tactical about how I last an elimination match, but I’ve been itching for this moment, a world title moment, so I’ve got to control my emotions.

“I’ve been in matches with Stevie and Leyton leading up to this match, up and down the country. I know what each of them can do. I’ve beat them, they’ve beat me, so I know what they’re all about. But wrestling them as I have means I’ve thought about what I need to do.

“And with Kez, although I hate him, I can’t deny his success over the last year. But I wasn’t there for that, now I’m back, and so, all three of them, I have their number and I want this so bad.” 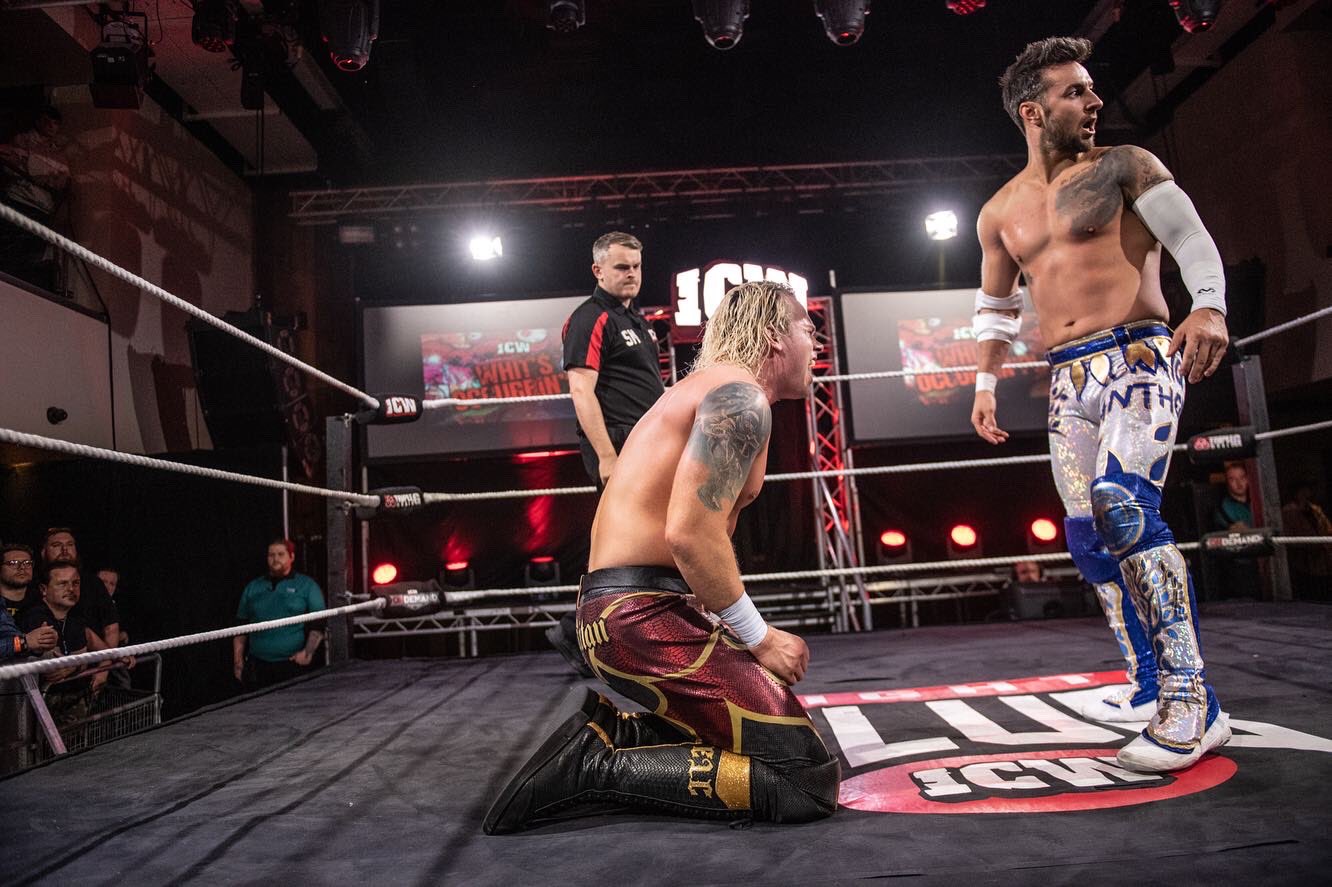 It’s a big moment for ICW and this show is the biggest platform to be part of. How do you feel the company is doing in 2022 and how do you think it will be going into 2023?

“Obviously Covid caused a big dent in the world of wrestling and with other talent moving on, there’s been a shift over the last couple of years.

“Initially, after having a classic against Daz Black before lockdown, it was heart-breaking to think my trajectory would be on halt, but no, we all showed that we had what it takes to make this company the best it has ever been.

“I started to make my name during the closed-door tapings which were tough during a time, not one could ever dream about, so it was an interesting time for myself personally, but it was a time a lot of new guys and girls stepped up and showed that we are one hell of a roster.

“There were big boots to fill and we had the hunger to fill them.”

And just as fans were coming back, you got injured…

“And that’s what hurt the most. It was very hard to take and there were dark times thinking about it. These fans I’ve been waiting to perform in front of don’t get to see me as my opportunity is taken away. It was heart-breaking.

“But now, both the company and myself, I feel there’s a massive upwards trajectory and it’s such an exciting time. Hopefully, I can play a big role in pushing the company even further, starting at Fear and Loathing.” 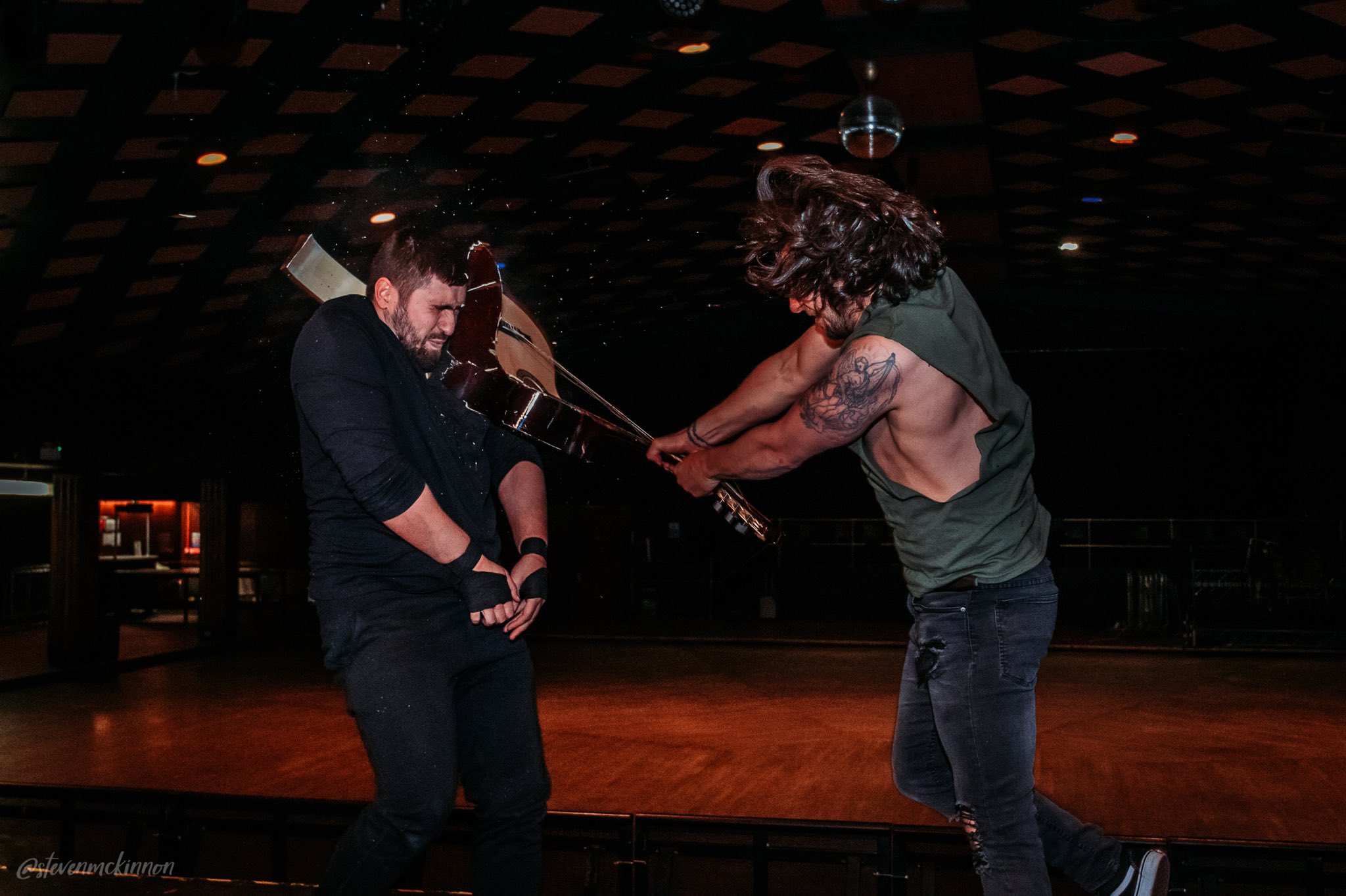 It’s clear you’re ready. Is there a final message to leave with fans before next Sunday’s main event?

“When I came back, there was a great response and I will never forget that. There’s a worry fans won’t remember you or care, but when I came back, they did and that meant a lot. The reactions has been mind-blowing, every time I’ve stepped through that curtain since being back. They want to see me do well, get revenge on Kez.

“Kez likes to be the bad guy, well I’m happy to be the hero, knock him out and take his title for the fans.”

When speaking to Craig, it’s clear to see that he sees the real gain which is winning the title, but this man wants to beat Kez Evans to within an inch of his life. It’s about controlling his own emotions, understanding the match is a marathon and choosing the right time to beat his biggest rival. This match is his chance to leave a massive mark on the company and take it into 2023 as ICW World Heavyweight Champion.

4 men will walk into the main event of Fear & Loathing XIV, but only one can leave with the ICW World Heavyweight Championship in their grasp! If you have a ticket to the event, you’re a lucky one as the show is SOLD OUT. However, be sure to look out for ICW Fear & Loathing XIV on WWE Network and Peacock.