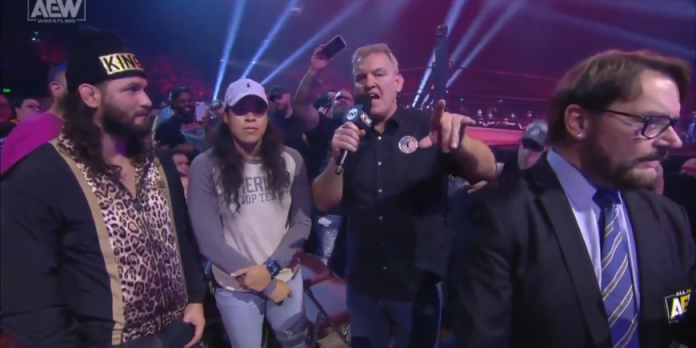 During it, he was asked whether he thinks King Mo could wrestle in AEW. Mo still competes in MLW as he recently wrestled at Fightland and at Battle Riot.

“King Mo’s probably the best teammate we’ve ever had at the gym, which is why we knew he would become such a good coach,” Lambert noted. “Even when he was full time fighting, he was putting in so much time and helping everybody else. It was a natural fit for him to make the transition into a coach, and as far as his pro wrestling career, he’s gone to wrestling school. He’s been in developmental territories for WWE.

“As soon as we started the AEW crossover, the first thing he did was grab a couple of the guys that were going and said, ‘Hey, let me show you some things. Let me show you how it works,’ very good, very instrumental. He was a big help to JDS (Junior Dos Santos) before his first match, and he’s always at our gym and he’s always looking to help everybody else get better. He’s under contract somewhere else, but Tony Khan’s got that forbidden door that he likes to open, and I wouldn’t be surprised to see King Mo climb through it at some point.”