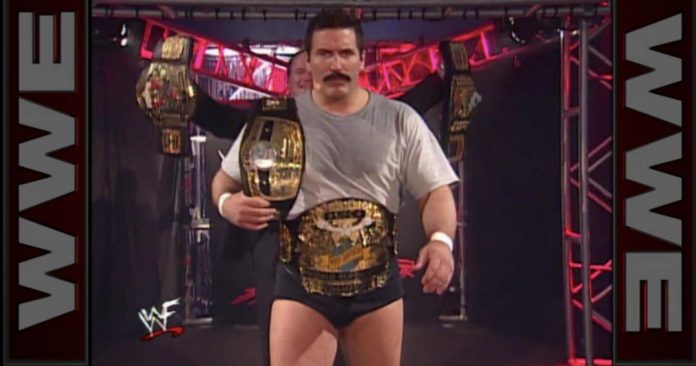 Dan “The Beast” Severn was recently on the Jordan Garber NOW Podcast to discuss his MMA and pro wrestling career, including receiving death threats from fans and refusing to work a Ministry of Darkness character during the Attitude Era. You can listen to the show every Friday at 5 PM CST on Apple Podcasts. The full video interview is available below

Dan Severn on his unique contract with Vince McMahon:
“I had a very unique contract on both sides. I was non exclusive to Vince meaning that I could work for anybody. At the time I was also working for the NWA and I was the world champion and NWA wanted me to be exclusive to them but I said “unless you are going to pay me to sit at home and if I get opportunities I want to explore those opportunities. So I worked for WWE, NWA and any other promotions that would hire me on the weekend at the time while I was also doing cage fighting.”

On receiving death threats from fans:
“When I was at the peak of my MMA career and professional wrestling career combined I was probably getting an average of 1-2 death threats per night on my voicemail in my office because I ran a business so people would call my office and leave the death threats on there.

One time I got into the office late one morning and my co-worker Mark is as white as a ghost and says “You received a death threat on your voicemail” so I say ” I bet that voicemail came between 11 and 3 am which is always a 3-4 hour time zone difference while all bars are closing”.I also ask Mark “when do the bars let out?”. I just hit the delete button meanwhile people are going crazy over these kinds of things.”

Saying no to the Ministry of Darkness character:
“Now they want me to have “666” on my forehead mark of the beast and they want me to be an Undertaker disciple and I am going “Timeout guys… Not gonna happen I live in small town USA and I will not have any repercussions to my family, my business or myself and I also say “you don’t realize how many people buy into this and I don’t need that”. If I do this and in the middle of all this you guys decide to let me go, that will be the last they remember of Dan Severn.

Then suddenly one of the road agents says ” Well Dan we could use you poorly and have you start losing matches” I said ” you can ask me to lose a match but where does it state on my contract I have to lose to anybody? What if I walk into your world of fantasy and turn it to reality. Which one of your stars will even hold a candlestick to me?” I’m a nice guy but if you push me I will start to push back.”

Dan Severn on Jim Cornette being his mouthpiece:
“Jim gets very emotional talking about the business. You can actually see the child in him come out, the person that has a passion and love for wrestling all those decades ago and you can see that enthusiasm come out and he was my handler. He was great to tell who I am and what I was about to do to individuals.”