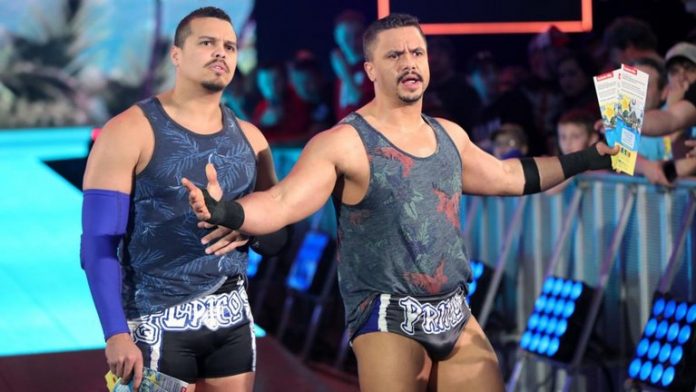 – As seen on Tuesday night’s WWE SmackDown, General Manager Daniel Bryan fined James Ellsworth $10,000 and suspended him for 30 days due to his interference in the women’s Money In the Bank Ladder Match last week. If Ellsworth violates the terms, Bryan will strip Carmella of her MITB briefcase. Video from the segment is above.

– We noted over the weekend that Epico was working SmackDown live events but Primo was nowhere to be seen. This was after rumors on The Colons asking for their WWE releases started going around. It’s worth noting that Primo did not work tonight’s SmackDown while Epico did, participating in the Independence Day Battle Royal.

Happy 4th of July everyone. I'm bringing that #USTitle back where it belongs. #NumberOneContender #SDLive