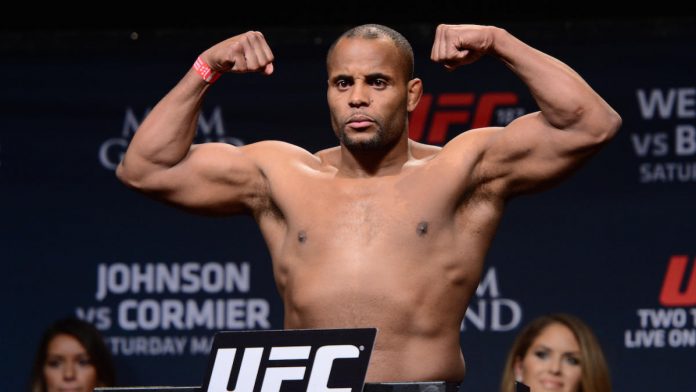 Former UFC Heavyweight Champion Daniel Cormier remains interested in working with WWE. We noted back in August how Cormier confirmed to Sports Illustrated that he was interested in making a few appearances for the company. That report came after it was revealed that WWE still has interest in bringing Cormier in now that he’s apparently retired from MMA action. FOX also has interest in bringing the 41 year old Cormier to the SmackDown announce team. Cormier and WWE had talks in 2019 but nothing ever came of it. He was also offered a spot on WWE Backstage before FS1 nixed the show.

In an update, Cormier spoke to Justin Barrasso of SI again this week and said he’s interested in doing WWE commentary work, as he’s done for UFC. Cormier said he and WWE officials have had “very, very early” talks.

“We’ve been talking,” Cormier said. “We’ve spoken to some of the people over there in very, very early conversations. WWE is a company I’ve watched and loved my entire life.”

Cormier remains interested in making a few special appearances in the ring, but he said he’d like to begin his WWE journey at the announce table, highlighting the current stars of the business.

“Put me at the commentary table,” Cormier said. “Let me call the matches for six months and tell you how great these wrestlers are in the ring. I would love that, and I wouldn’t be faking it. WWE is something I’ve loved my entire life.”

Cormier said he believes an entry into a new realm, the world of pro wrestling, would benefit from a patient approach, and no rush to get him the ring. It was noted that this approach would allow fans to grow invested in Cormier, who is full of insight and charisma. He pictured a potential scenario with WWE Universal Champion Roman Reigns.

“Then, after those six months, what if I’m sitting next to Michael Cole, and Roman comes over and smacks the microphone out of my hand?” Cormier continued. “But I’m an announcer. Will I hit him back? Then you’re asking if this will happen or not. That’s what I want, that slow build, the type of story you want to see, and your heart feels like it’s going to explode while you’re waiting for it. Give me the slow build, let it simmer.”

Cormier also commented on possibly working for AEW, and said he hasn’t watched them much. He also mentioned heated social media exchanges he had with AEW Executive Vice Presidents Cody Rhodes and The Young Bucks back in 2017 and 2018, which saw Cormier criticize some of the in-ring work from a ROH event, calling it “pathetic” and comparing it to a gymnastics competition. Cormier said all that is now water under the bridge, and he hopes AEW is doing well. He also recalled a recent interaction with AEW manager and WWE Hall of Famer Jake Roberts.

“I haven’t really watched AEW as much, but I’m sure they’re doing fantastic things over there,” Cormier said. “I had this whole thing with Cody Rhodes and the Young Bucks a few years ago that wasn’t the best, but that’s water under the bridge. I’m happy that those guys are doing well. We shared a hotel in Jacksonville. I was working out and Jake ‘The Snake’ Roberts came up to me. I said to myself, That’s how you know you’re somebody—Jake The Snake comes up to you and starts up a conversation when you’re working out.”