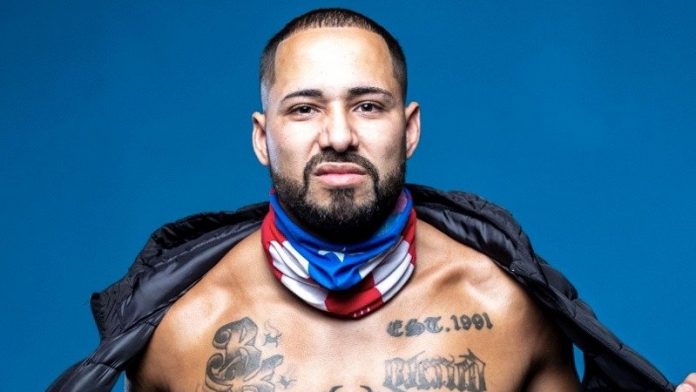 Danny LimeLight recently spoke with Shakiel Mahjouri of SHAK Wrestling for an in-depth interview covering all things pro wrestling. Here are the highlights:

On his frustrations with MLW:

“I’m going to keep in 100 because I don’t bullshit nobody. I don’t know what the hlel is going on. I wasn’t even booked in New York. I didn’t find out until the week of the show. I’m like, ‘I’m not booked in my hometown and there is a 40-man battle royal and you have no spots for me to wrestling New York?’ Alright, I left it as it is. I’ll be real with you, I’m a little on the ropes right now with what is going on. I don’t like being left in the dark. I like to know what’s happening. Especially if I’m on contract. If I’m not wrestling, I’m not getting paid. It’s one of those things where I’m starting to see why certain people felt a certain type of way about the company. When I came to the company, I was super motivated to be there. I’ve had a lot of fun there. But I’d be lying if I said, ‘I’m good, everything is all good’ because I’m not. I’ll keep it 100. I’m not… I don’t know what’s going on. I’m not trying to lie to nobody and if that gets me heat, oh well. I don’t know what’s going on and I always keep it real.”

On his AEW departure:

“Just timing. There were some things that I needed to work on. Maturity. I take accountability when I’m wrong. There were certain things that I was doing. I was going out and partying and the pandemic was still a thing. Certain maturity things that I needed to work on. The way I carried myself, conducted myself. It wasn’t nothing bad but certain things that I needed to work on. They explained that to me and I was like, ‘Thank you for the feedback and I’ll go work on it and hopefully I’ll be back and see you down the line.’ It was like, ‘Damn.’ I felt like I fumbled the bag because I was there every week pretty much. But it was definitely something I needed to learn. If no one corrected me and nobody held me accountable for my actions, I would have maybe gotten into some real trouble and maybe it wouldn’t have been a good departure. Maybe it would have been, ‘Get this f–king kid out of here.’ So I’m glad that Christopher Daniels pulled me aside and let me know what was going on. We’ll see what happens in the future.”

“I love that dude. I had never met him before. I’m not going to lie, I had never heard of him because I don’t really watch DDT or anything like that. I remember getting there. I had a conversation with some people back there and they were like, ‘We have this match for you tomorrow…’ I went online that night and I was like, ‘This dude is sick.’ In my mind, I already had all these ideas in my head going into the match. When I got there, I found out he didn’t speak English but he knew enough that we could make something happen. When people ask me what’s my favorite match that I ever had, I say me vs. Konosuke Takeshita. The only thing I wish was that it was a sold-out show. I wish we had fans in attendance because the energy that we got just from the wrestlers at ringside was crazy. It was a great match and I had a lot of fun. As soon as I met him, he looked like a star. He’s tall, he’s a good-looking dude, he’s in shape, he nas nice hair. This dude looks like a star. His ringwork, even better. After the match, I was like ‘Thank you so much.’ A lot of the guys backstage showed me love — [Chris] Jericho, Kenny [Omega].

Shawn Spears was like, ‘That pacing of that match is how you should always wrestle.’ That is a nugget I always kept. The back-and-forth, the timing, the pacing. It went really good. I thought, ‘I hope he comes back and he can make his way around America… He really is that good.” 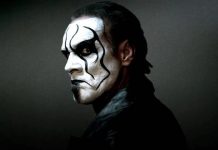