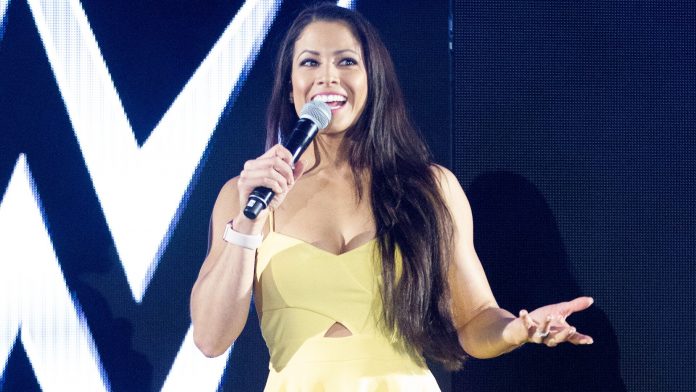 During a recent interview on Chris Jericho’s “Talk is Jericho” podcast, Dasha Gonzalez commented on working for WWE, being told that she had too much personality for interviewing people, her release, and more. You can check out some highlights from the interview below:

On her experience in WWE as a backstage interviewer: “I had never been a backstage interviewer before in my life. I was terrified of the red light. I mean, the first time I ever did a backstage interview, I was so scared, I said like ‘James Ellis’ instead of James Ellsworth. I clearly knew his name, but I was terrified. This is live, it’s happening live. And I was always told I had too much personality and I had to dial it down … I was told it is not about the interviewer; it’s about the person being interviewed. So I’m like, what I had a lot of conflict with was, I have so much personality. And I feel like my personality can put over what the talent was saying. But it wasn’t about you, it was about the talent. The light was shined on the talent, so you had to ask your question, kind of don’t show facial expression, and let their answers kind of make the viewer have a certain sentiment or feeling. I wasn’t allowed to nod, or certain things like that. And I felt also too, like, I had to get the question exactly verbatim how it was written, or like, ‘The world was going to end’ kind of thing. But interviewing wasn’t my thing, I guess. I don’t know.”

On her WWE release: “To this day, it’s just a — I got a phone call, like, ‘Hey, uh, we’re letting you go.’ And pretty much that’s about it. I really didn’t get any answers, or anything like that. It’s always after WrestleMania, they usually let some people go. But, I was out of work for six months.”

On if she was surprised by the call: “Things usually happen, things come and go. There’s always ups and downs in the company. I never take anything like that personally. Some doors close for greater ones to open. So I mean, you stop to think like, ‘Man, what did I do?’ But at the end of the day, you’re like, I gave it 110% every day that I had. I worked for five years, worked my tail off for them. And nothing personal, it just is what it is … It’s the nature of the beast, you know. If you’re not a chosen one, then that’s how it is. I — yeah, of course I was down for a little bit. But, I’m such an optimist, that I’m not going to let anything stop me. I’m the little engine that could, you know. You keep on chugging.”

Rachael Ellering Reacts To Her AEW Debut Next Week On Dark