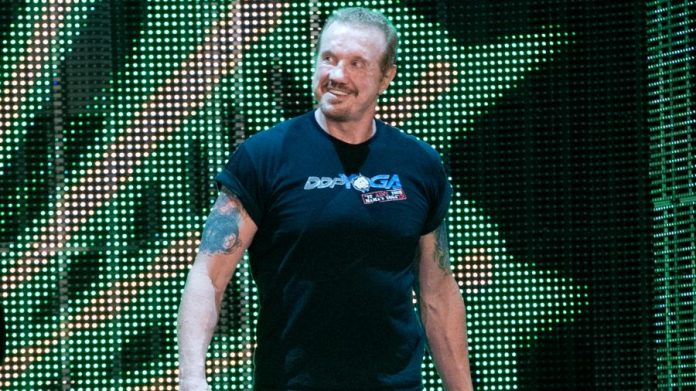 Who does Diamond Dallas Page have on his personal Mount Rushmore of Wrestling list?

The WWE Hall of Fame legend revealed his list during the latest installment of the DDP Snake Pit podcast hosted by himself and fellow pro wrestling legend Jake “The Snake” Roberts.

Featured below is an excerpt where he shares his list, which features Jake Roberts, Ric Flair, Shawn Michaels and Eddie Guerrero.

“My first guy is gonna be [Jake Roberts]. Next guy for me is definitely going to be Ric Flair. Ric Flair made me want to watch wrestling after Jake pulled me back in. Shawn Michaels, you know, he’s the first guy to break that ‘under six-foot’ thing and be able to be like Randy [Savage] was. Eddie Guerrero, I think as far as the working in the ring, goes back to me doing stuff for AAA in Mexico with me and Jake. He was an amazing talent then, and he only go better.”

Check out the complete episode of the DDP Snake Pit podcast where Diamond Dallas Page talks more about this by visiting Patreon.com. H/T to WrestlingInc.com for transcribing the above quotes.