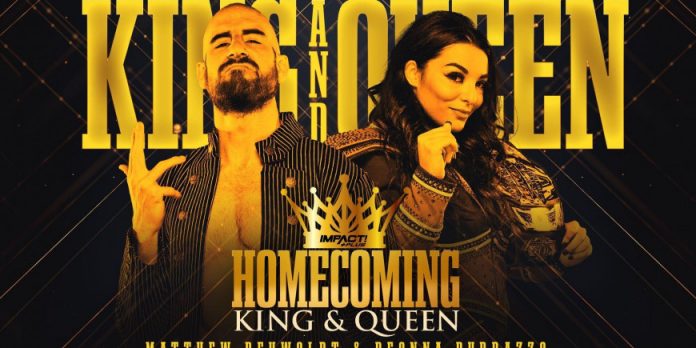 Impact Wrestling crowned the winners of its Homecoming Tournament that took place at the special with the same name on Saturday night from Skyway Studios in Nashville, Tennessee that aired on Impact Plus and FITE TV.

Here are the quick results from all of the tournament matches.

Tommy Dreamer and Rachael Ellering (dressed as the Road Warriors) defeated Brian Myers and Missy Hyatt. Hyatt was picked by Sam Beale to be Myers’ partner.

Deonna Purrazzo and Drama King defeated Decay in the Homecoming tournament finals to be crowned Homecoming King and Queen.