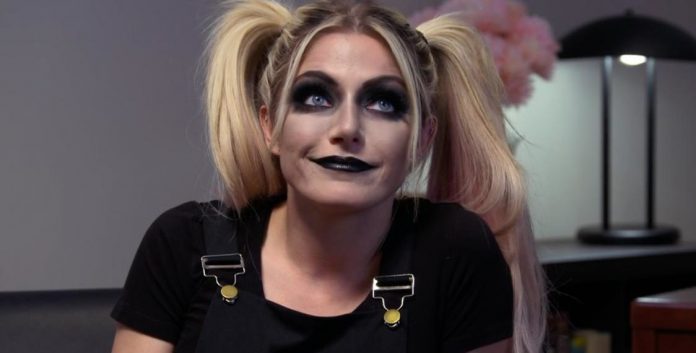 Alexa Bliss discussed returning to the WWE towards the end of 2021 while appearing on Ryan Satin’s Out of Character podcast. Bliss also commented on the therapy storyline earlier this year. Here are some highlights:

“That was a pitch that I pitched for a very long time. It was originally a different kind of therapy because I wanted to be taken away at Extreme Rules and then come back a different version of the Dark Alexa character. Obviously, things change and all that jazz. I had to have surgery, so we were like, ‘oh, perfect, it’s an amount of time to go away and give time for Extreme Rules to settle and come back with these therapy sessions.’ They were so much fun. Everyone knows I love acting and performing in that aspect. It’s something I always feel creatively fulfilled in. For me, it was my creative outlet, having the most fun I can. It was so much fun. We have a good amount of creative control and Vince (McMahon) was super awesome. From what I’ve heard, he sat down for a few hours, wrote it all out, and took the vision and made it come to life.”

“I wanted it to go even darker and deeper. I had Jason (Baker) come out with a sketch and prototype of a different version of Lilly, which would have been super cool. Obviously, with creative, things always change. I’m still holding on that this new version of Lilly will come out one day. We’ll see.”