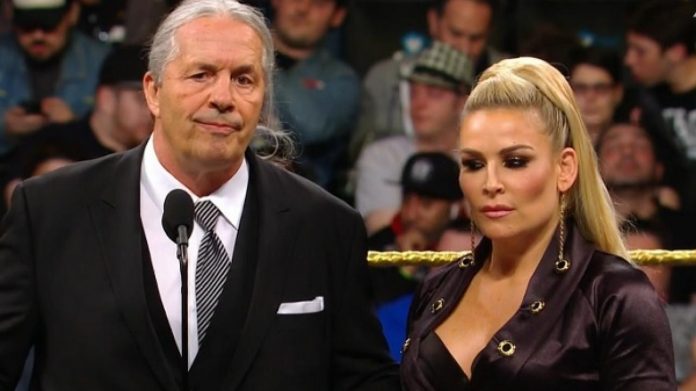 According to LA Times reporter Arash Markazi, the fan that attacked Bret Hart during the WWE Hall of Fame ceremony has been charged with two counts of assault in the 3rd degree and disorderly conduct.

The fan has been identified as 26 year-old Zach Madsen.

Sean Ross Sapp of Fightful.com noted the following about Madsen:

“Fightful Select has confirmed that Bret Hart’s attacker, Zach Madsen, is actually an amateur MMA fighter, with a record of 2-1. I’m told Hart’s Attacker Zach Madsen actually quit his job at Allstate to focus on an MMA career, which obviously hasn’t worked out. Prior to that he worked at the Allstate Contact Center on a chat team primarily assisting insurance agents via IM on life insurance policies.”

ZACH MADSEN is the crazed fan who jumped the ring and attacked Bret & Natalya. These are some of his tweets directed at Vince McMahon just days before.

He clearly has some sort of grudge against women being in the main event of #WrestleMania35 pic.twitter.com/nfHeYmDg1z

Video footage has surfaced of Dash Wilder throwing a direct punch at Madsen while Madsen was being carried out by other WWE stars.

PUNCH OF THE YEAR! pic.twitter.com/skvwVPhZjA