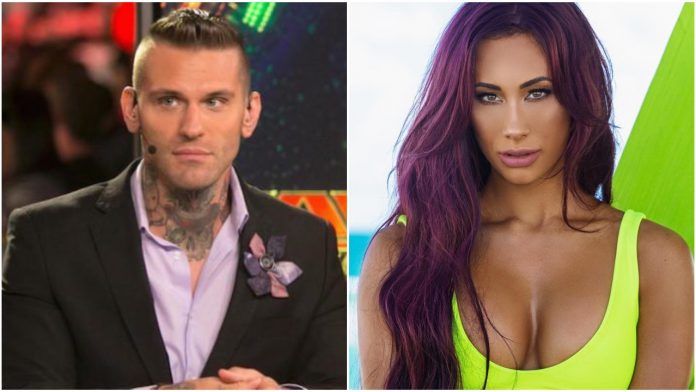 Over the weekend, Corey Graves’ wife Amy Polinksy publicly accused the WWE announcer of cheating on her with Carmella, but the truth of the matter is apparently different.

As previously reported, sources close to Graves tell Pro Wrestling Sheet that Graves and Amy Polinksy have been in the divorce process for the past six months and Corey has been living in a different home for the last two months.

Graves informed Polinksy last week that he’s now seeing someone else — a relationship that began after he moved out of their home — and she reacted in a very public way.

On Saturday, Polinksy posted a photo on Instagram of their family and claimed Graves has been “sleeping with one of my daughters role models all along,” Carmella.

Pro Wrestling Sheet’s sources say that despite how it was made to sound from Polinsky, Graves did not cheat on her with Carmella. Furthermore, their divorce is close to being finalized.