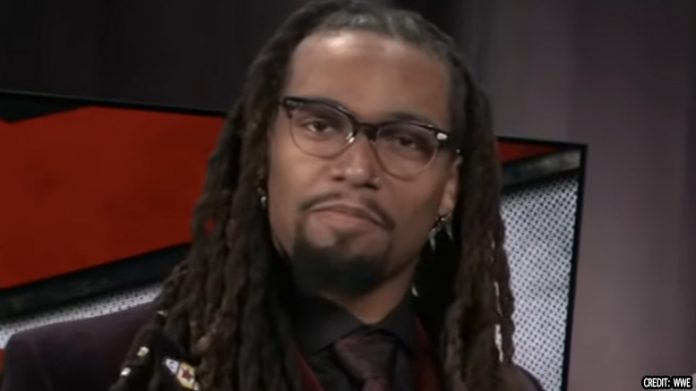 – There are no viewership numbers for this week’s WWE Backstage episode on FS1 because the show did not make the Cable Top 150. Mitch Salem of Showbuzz Daily noted that he could not get the numbers because Nielsen had a soccer game listed for FS1 at 11pm ET this week. This week’s show featured 2020 WWE Hall of Famers The Bella Twins as the special guests.

– WWE NXT Superstar Dio Maddin, who briefly worked on the RAW announce team last year, tweeted a response to a tweet on AEW commentary this week and apparently made a reference to working with WWE Hall of Famer Jerry Lawler, his much older colleague.

A fan tweeted how AEW announcers Excalibur and Jim Ross had an exchange over Yuka Sakazaki on this week’s Dynamite, with Excalibur explaining “magical girls” and anime to Good ‘Ol JR. Maddin re-tweeted the clip and likened this exchange to some of his own commentary work with Lawler and Vic Joseph on the red brand.

“Shades of me when I was on Raw for a week,” Maddin wrote.

You can see the full exchange below:

Shades of me when I was on Raw for a week https://t.co/khyPGYmkpX