This past week on Raw, the WWE had one of its most intriguing segments in recent memory when WWE Champion, CM Punk went on an elaborate tirade where he compared his current, record-setting title run to those of the golden era of wrestling as a way to put over his “best in the world” heel persona. The Rock made his return and an intense verbal confrontation followed, which is exactly what the WWE needed to sell the upcoming Royal Rumble match. In my opinion, some of the real criticism that CM Punk talked about in interviews last year when The Rock headlined Wrestlemania can be used to fuel the Royal Rumble angle, but that’s a discussion for another time.

This discussion is about the reaction to the promo from WWE Hall of Famer, “Superstar” Billy Graham, who blasted the WWE writers and CM Punk for the mention of the golden era. Graham claims that Punk “disrespected” Bruno Sammartino and other champions from his era when he compared himself to the Madison Square Garden era. Graham continued that he wanted to disassociate himself from the WWE Hall of Fame. Graham has seemed delusional over the years and the trend continues because despite his time as one of the most influential villains in wrestling history, it appears that he doesn’t know that a heel promo is supposed to get heat. In reality, Punk’s title run compared to Bruno as champion is apples to oranges because it’s two completely different eras in wrestling, but to further his character, Punk made a comparison in the promo. In my opinion, it was just a promo and it wasn’t actually intended to disrespect any of the legends.

The whole Bruno/WWE situation is something that’s already been discussed so there’s no need to review it. Simply, Bruno doesn’t agree with the direction of the industry so it’s his decision to refuse the hall of fame, just as it’s the WWE’s decision for the direction of the product. I’ve met Bruno a few different times and he’s always been really polite so regardless of the WWE Hall of Fame decision, the fans know he’s a true legend. However, Superstar has really made himself look delusional for criticizing a heel promo and he’s really a hypocrite, considering his stance on WWE changes based on if he’s getting a paycheck from them. It was two decades ago during the infamous steroid trial that Billy Graham appeared on the Phil Donahue show and criticized the WWE about steroids. It was over a decade later that Graham went on the record to retract his statements and he said the steroid accusations were false. He made the statements after there was a hall of fame induction, a book/DVD deal, and a paycheck for being a “consultant” for the WWE. After he was released a few years ago, Graham started to post anti WWE statements online, including some bizarre Youtube videos.

Without a doubt, “Superstar” Billy Graham had a great career, but the recent comments make him seem like a hypocrite and it was probably just an attempt to criticize the WWE because again, it was obvious that the promo was just a heel promo to get heat and it wasn’t to disrespect any of the legends.

That’s My Story and I’m Sticking To It 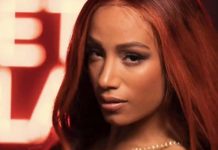 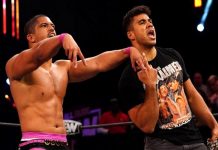 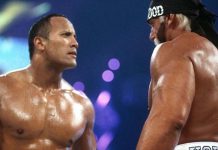 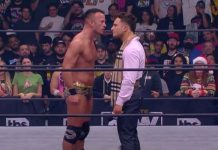 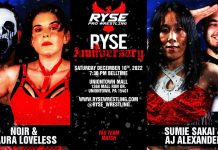 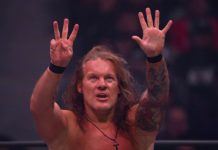