Hello everyone, I apologize for not writing recently, but an extremely busy schedule prevented writing on a regular basis. However, I will be writing on regular basis and I hope fans will continue to share their thoughts as well. There has been many different things taking place in the world of wrestling the past few weeks, but I’d like to discuss TNA Bound for Glory and Impact from this past week. As many fans know, TNA was promoting the reveal of “They” for months and Bound For Glory was finally going to the show where “They” showed up in TNA. I’d read some reports that it would be Hogan and Bischoff, but I have to say that I was hoping it would be anyone but them. There are several things that I’m disappointed about when it comes to this particular storyline. #1 TNA build up this reveal for months and the months of build up are used to get Hogan and Bischoff heat. Hogan and Bischoff turning heel? That’s it? Just when you thought it couldn’t get any more WCW so to speak, TNA has Hogan turn heel. In my view, this whole scenario could have been used for something more useful to the company and I really don’t think a heel group featuring Hogan and Bischoff will do much to boost the organization. #2 Turning Jeff Hardy heel at this point seems to be way to early because he was at the peek of his popularity when he left the WWE and turning him heel in a group with Hogan could make Hardy seem secondary and actually minimize his star power for the company. #3 TNA ruined a GREAT main event with pointless run ins that could have been done after the match. I don’t know if this was TNA’s intention of not but during a really good main event the spot light was taken from the title match and put on Bischoff and Hogan during the run ins, which doesn’t make sense because it ruined the match. My thoughts after the show ended were TNA just took months of build up and a great main event and made it about Hogan. In my opinion, it’s decisions like this that have kept TNA from have any major increase in ratings the past few years.

I wasn’t actually going to watch Impact this past week because what’s the point of watching recycled WCW storylines? However, I decided to watch just to see how TNA would try to make sense of the storyline, which they didn’t actually do during the show, but what they did do is manage to have the first 45 minutes of the show be all promos, most of which involved Hogan. Okay, if you’re on the east coast then Impact starts at 9 PM and a match literally didn’t start until 9:45 PM so in this case, TNA managed to have less wrestling on a show than the WWE, which has actually been featuring more wrestling recently and that is a good decision, but it’s a column for another time. As the promos progressed, it’s mentioned that the Hogan group is taking over TNA and getting rid of Dixie Carter. If getting rid of Dixie Carter was actually possible then it probably would actually help the company but Hogan’s hostile take over of TNA is yet another recycled WCW storyline. Wasn’t the nWo going to take over WCW? A better question is does TNA realize that using storylines from the attitude era is not going to increase their ratings?

All that being said, TNA actually has the talent to produce a good show, but the booking continues to keep them from being competition to the WWE. AJ Styles is great in the ring and could seemingly step back into the main event picture any time, Ken Anderson, who didn’t really break through the glass ceiling in WWE has been able to take his game to a whole new level in TNA. Kurt Angle can still put on spectacular matches and recently just signed a contract extension for the company. Even EV2 can add something different to the show.

The company seems to lack direction, which has been the case for almost their entire existence and until they stop using generic attempts to fix the company then they will probably remain the company with a great roster, but terrible booking. The examples are numerous, but just to mention a recent booking fumble by TNA would be the use of Samoa Joe since his return to the company. Joe, who was once thought to be the future of the promotion has done nothing of any real meaning since he returned to TV and at TNA’s major PPV of the year, Joe is involved in a pointless tag match. It seems like Joe could be doing a lot more for the company, but yet isn’t being given the opportunity. This isn’t an attempt to bury TNA, but I just don’t see how any of the recent storylines are going to benefit the company. 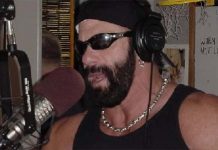 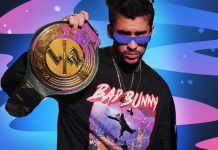 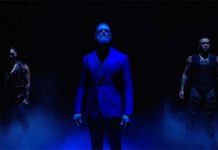 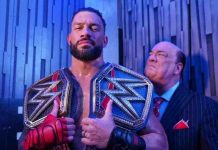