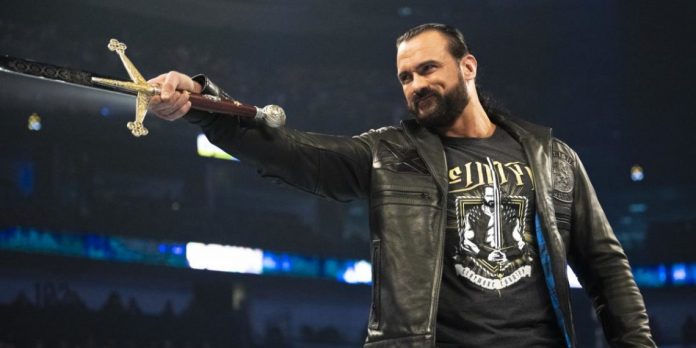 WWE will hold its first major pay-per-view event in the United Kingdom since 1992 next month, when they present the Clash at the Castle event from Cardiff’s Principality Stadium.

This upcoming event is expected to be one of WWE’s most-attended shows in 2022. Drew McIntyre will face Roman Reigns for the Undisputed WWE Universal Championship in the main event.

McIntyre was asked about the possibility of holding a WrestleMania event in the United Kingdom while speaking with Chris Van Vliet on Insight.

“Yeah, I can’t see why not. I’m not going to talk about numbers that I have heard at the moment until they are official, but we have seen the numbers that have been released, just the demand for the tickets broke records initially. Right now, we are on course for some big, big numbers from a business perspective. But people watching and tuning into Clash at the Castle and seeing the live audience, how loud and rowdy and crazy they are with the chants we have seen in the past with Raw and SmackDown that have come from the UK. I know a lot of people are going to go ‘Why don’t we do a WrestleMania here?’ It’s gonna be crazy, imagine those wild UK fans and people coming from all across the world joining in the passion, the atmosphere and the inanity of the UK fans.”