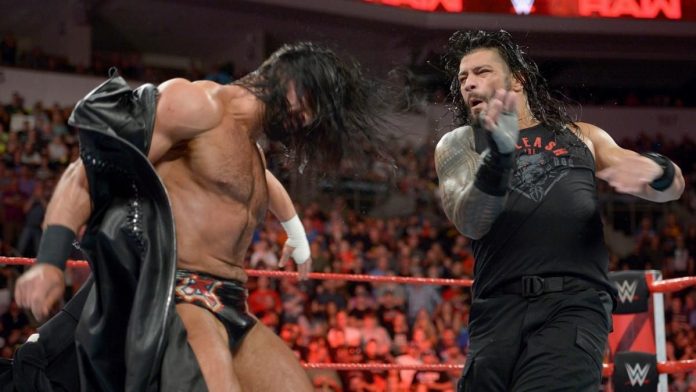 “The Big Dog” formally accepted the challenge from Drew McIntyre last night on Raw. McIntyre came out and brought up the distinction between Roman Reigns and “Joe,” asking if he has put his family through enough already, saying that they’ll have to watch him lose.

Reigns then came out and accepted McIntyre’s challenge. He also said that the next message wouldn’t be coming from Roman and warned him to never bring up his family or friends again.

After defeating Dean Ambrose in a Last Man Standing Match on Raw, McIntyre has a single word for Reigns’ fate at WrestleMania.